Located in the beautiful San Juan Islands, Yellow Island is a one kind nature preserve. This small island is home to over 50 wildflowers, many plants and trees, and visiting wildlife. Owned by The Nature Conservancy since 1971, Yellow Island is a truly wonderful place to learn about some of the native wildlife in the Pacific Northwest.

This island is about 11 acres in size and located in the San Juan Islands of the Puget Sound, just off the coast of northwest Washington. As a nature preserve, you’re able to experience the island in a very different way compared to the rest of the nearby islands. There has been a notable lack of grazing on this island over the years, which means that the unusual diversity of plants has been able to flourish.

The Nature Conservancy has also been able to do ecological research on the island to better understand grasslands in the northwest and the effect of invasive flora and fauna species. One of the ways the organization is able to do this is with a land steward, who lives on the island year round in a drift wood cabin to maintain the preserve, interact with visitors, and more.

Yellow Island is open to the public, so it is possible to visit! There are some things to know before you go though. The public can visit year round from 10am to 4pm and the conservancy asks that you land and come ashore on the southeast beach, below the wooden cabin. The island is only reached by private boat and can be reached from Friday Harbor on San Juan Island, Fisherman’s Bay on Lopez Island, or Deer Harbor on Orcas. Many have actually kayaked to the island from Deer Harbor!

There are small but established trails to stay on, which allows for the local plants and wildflowers to flourish. Groups of more than six need written permission to visit and there’s no camping or overnight mooring allowed. No food or dogs allowed on the preserve, again to allow the local wildlife to flourish.

As mentioned, there are around 50 types of wildflowers, trees, and many other plants that exist on this island. The springtime is an amazing time to visit, as many of the flowers will be in bloom! Western Washington’s only native cactus species (the brittle prickly pear cactus) can even be found on the island. The island is worth visiting just for the plants and learning about the native grasslands of the northwest. Some of the wildflowers and plants include:

The Nature Conservancy has a slideshow of the island, including some great photos of the wildflowers. But a great blog to check out for the island’s wildlflowers is from Monika Wieland, who went to visit the island in 2012 and photographed many different flowers! You can check that out by clicking here.

But there are other forms of wildlife on and around the island as well! Harbor seals can often be seen on or near the island and there was even a seal birth on the island in the summer of 2016! Additionally, the occasional orca pod can be seen passing by and river/mink otters can sometimes be found on the island. Bald eagles have been known to sit on the tall trees and bumblebees happily flock to all the wildflowers! There are so many other animals that call this island (and the surrounding area) home, including many invasive species like Canada Geese. 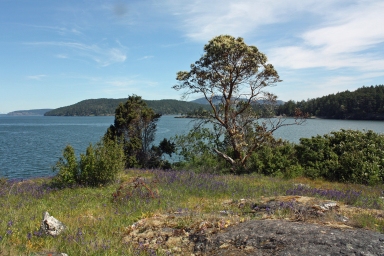 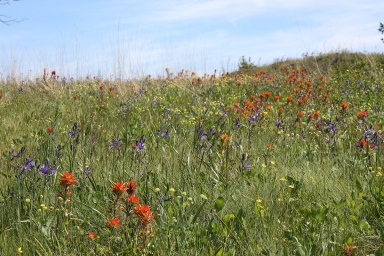 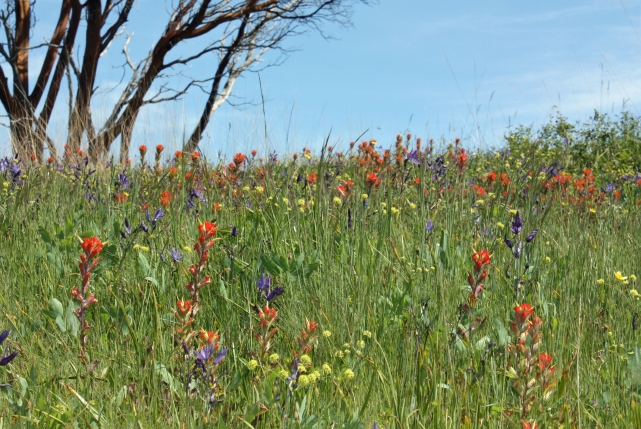 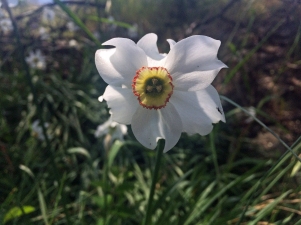 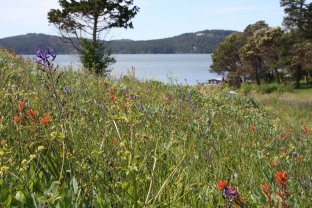