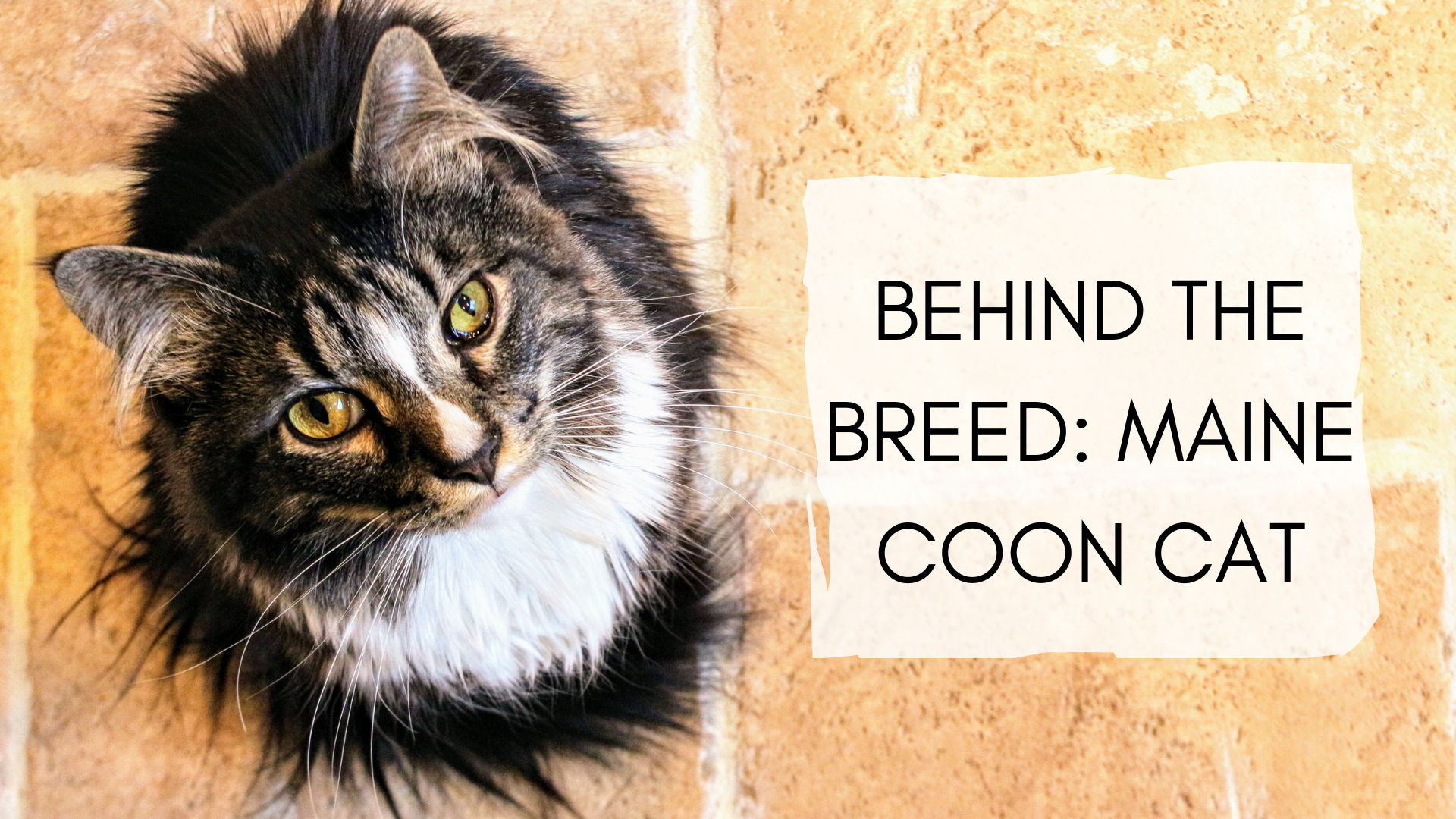 Maine Coon Cats are large, long hair cats that originated in the northeast United States. They were first recognized as a specific breed in Maine, where they are, unsurprisingly, the state cat! Maine Coons evolved to survive the harsh winters of the northeast and were popular cats for ships and farms to catch mice. A Maine Coon Cat named Cosey was even named Best Cat at the first major cat show in the United States! She was awarded this distinction in May 1895 in New York City.

Most Maine Coon cats will weight 9-18 pounds, while some might even weigh more than 20 pounds. They have large, tufted paws that help them walk on/in snow and a bushy, long tail that they can wrap around themselves if they’re cold. Their coats are long, dense, and water-repellant and while many might associate them with a brown, raccoon-like coloring, they can actually come in all kinds of colors and patterns!

There is plenty of speculation around the origin of this breed; some say Vikings brought ancestors of the Maine Coon over to North America centuries before Columbus set sail to the New World. Others thought that this breed was the descendant of long-haired cats that belonged to Marie Antoinette, who was thought to have sent several of her pet cats to America while trying to escape the French revolution. There’s even an unlikely theory that this breed came from the mating of a short-haired cat and a raccoon! However, genetic testing suggests that Maine Coon Cats are descendants of the Norwegian Forest Cat and a mysterious extinct domestic breed, suggesting that they probably came over on ships.

These cats are incredibly intelligent, friendly, and silly. Even today, they’ve been known to chase and catch mice. If there aren’t any mice, they do love to chase and play with toys! Their coats do need regular grooming; brushing them twice a week helps to keep their coats healthy! Maine Coons have a lifespan of 9-15 years and are great family cats.

0 comments on “Behind the Breed: Maine Coon Cats.”