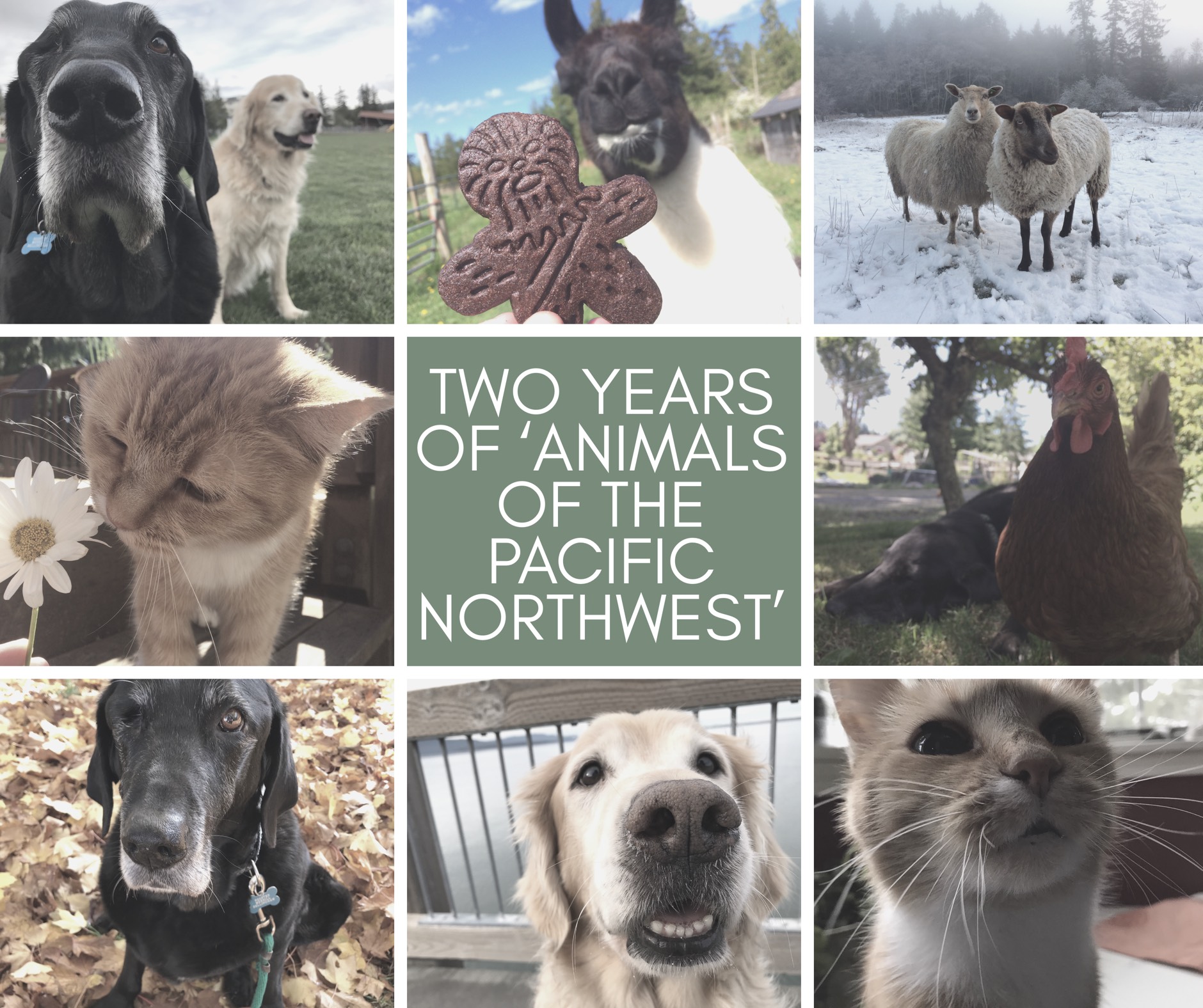 Two years ago, I started ‘Animals of the Pacific Northwest’ and so much as changed since then. I started this project because I realized that there’s an amazing online community that loves animals the environment like I do and because folks were saying how much they loved the photos of animals I was posting. I wanted a space to grow as an animal lover and creative force and I’m so grateful for all the wonderful memories and lessons learned over the last two years.

There are plenty of happy things that have happened over the last couple of years. The sheep grew more confident around me before they left and even learned my whistle. Milo was given a 13/10 by WeRateDogs and Rooster got to go on so many adventures. Both dogs got to make so many new friends and were well-loved by a large community for every moment of their lives with me. They got to play in the snow during the winter and roll in the sand at the beach during the spring and summer. Apples were enjoyed in autumn by animals of all kinds and both Milo and Rooster got to dress up as superheroes for their last Halloween.

But there were some sad moments as well. The future of the Southern Resident Orcas seems to be in jeopardy. We said goodbye to Shasta the llama, Rooster, Milo, Tommy the cat, and many chickens as they crossed the rainbow bridge. It’s been almost two months to the day that Rooster left us and almost two months since Milo left too.

Being without my best boys has been really difficult, especially with this project. I started ‘Animals of the Pacific Northwest’ in part to share all the joy and love that Milo and Rooster gave me every single day. I miss them both so much but I also know that they’ve left this world a better place. I’m still trying to figure out life and this project without them but I do know that Rooster and Milo made an immense impact on my life and I wouldn’t trade my time with them for anything.

This project has grown in ways I could never imagine when I first started it and I’m incredibly grateful for the community I’ve found and lessons I’ve learned. Here’s to another couple of years.