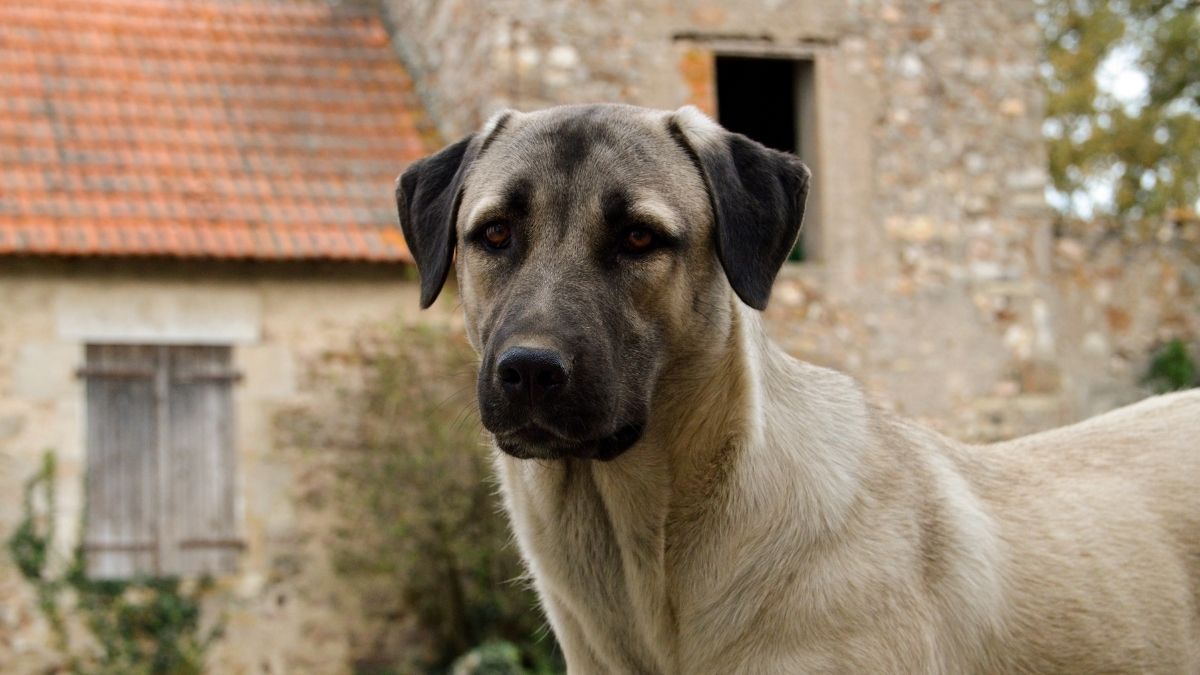 These big, tough dogs are one of the oldest breeds in the world, hailing from what is now modern-day Turkey. Anatolian Shepherds are livestock guardians, having spent thousands of years working alongside human shepherds by protecting flocks of sheep. They are intelligent and independent, often preferring to work without human guidance. That may be great for a shepherd or rancher looking for a canine partner to help protect a flock but it also means that training an Anatolian Shepherd can be challenging!

As mentioned, Anatolian Shepherds were developed as livestock guardian dogs to protect sheep in what is modern-day Turkey. Their name derives from the name for the westernmost protrusion of the Asian continent, Anatolia. This large peninsula is also called Asia Minor and is one part where the European and Asian continents meet. Anatolian Shepherds have been invaluable livestock protectors in that area for thousands of years and would historically accompany nomadic shepherds and their flocks of sheep and goats. Eventually, these dogs became known as coban kopegi, which is Turkish for “shepherd dog” or “sheepdog”. Today, the Anatolian Shepherd isn’t too popular in the United States but in Turkey, they are a point of pride and have even been honored on a national postage stamp.

These dogs are very smart, independent, protective, and a bit dominant, all traits that are absolutely necessary for a livestock guardian dog. When working to protect a flock, be it sheep, goats, or other animals, Anatolian Shepherds usually work separately from their humans and that introversion can still sometimes appear in dogs of this breed living as companion animals. That ability to work independently and protect farm animals is actually why Namibia’s Cheetah Conservation Fund started using the breed in their Livestock Guarding Dog Program, a program designed to deter human and wildlife conflict. The goal of the project is to use dogs like Anatolian Shepherds to protect local farmers’ farm animals from cheetahs and decrease the number of cheetahs shot by farmers.

Socialization and training are important for these naturally wary and strong-willed dogs, as is a fully fenced yard. Any fence should be at least six feet tall for the protection of both the Anatolian Shepherd and for other dogs or even people that might accidentally enter their turf. Anatolian Shepherds have, at times, been known to defend their people, animals, and territory with all their might.

Anatolian Shepherds are definitely not apartment dogs, as they are large, confident dogs used to having the space to roam. These can get to be over two feet tall at the shoulder and weigh 80-150 pounds. Their large size also means they are not great for families with small children, as they could accidentally injure a child (think “bull in a china shop” sort of situation). While all of this might seem a little overwhelming, these dogs are also known to be laid back, easy-going, and affectionate in the right context. With a confident pack leader, an Anatolian Shepherd can really be a wonderful dog.

Care for an Anatolian Shepherd can take some time and money because of the dog’s large size. Grooming is a must, as these dogs have short but thick double coats that heavily sheds several times a year. Baths are rarely needed and three or four a year should be all that’s necessary. Like other dogs, Anatolian Shepherds will need regular nail trims, dental care, and vet visits to keep on top of and prevent health issues. The breed is prone to certain medical conditions, like hip and elbow dysplasia, hypothyroidism, and entropion (the inward rolling of the eyelid, which can cause irritation and vision impairment).

In the end, Anatolian Shepherds are skilled livestock protectors with a long history in Turkey. They’re independent, strong willed dogs that can be wonderful companions for the right person or family. But Anatolian Shepherds are definitely not for novice dog owners, those living in apartments, or families with small children. These large dogs definitely need plenty of space and, at times, can be unware of their own size. They are also very protective of what they deem their territory and pack, which can include humans and animals. Given proper socialization and training, Anatolian Shepherds can be wonderful dogs to have around!

Have you ever met an Anatolian Shepherd before? Let me know in the comments!

0 comments on “Behind the Breed: Anatolian Shepherd”