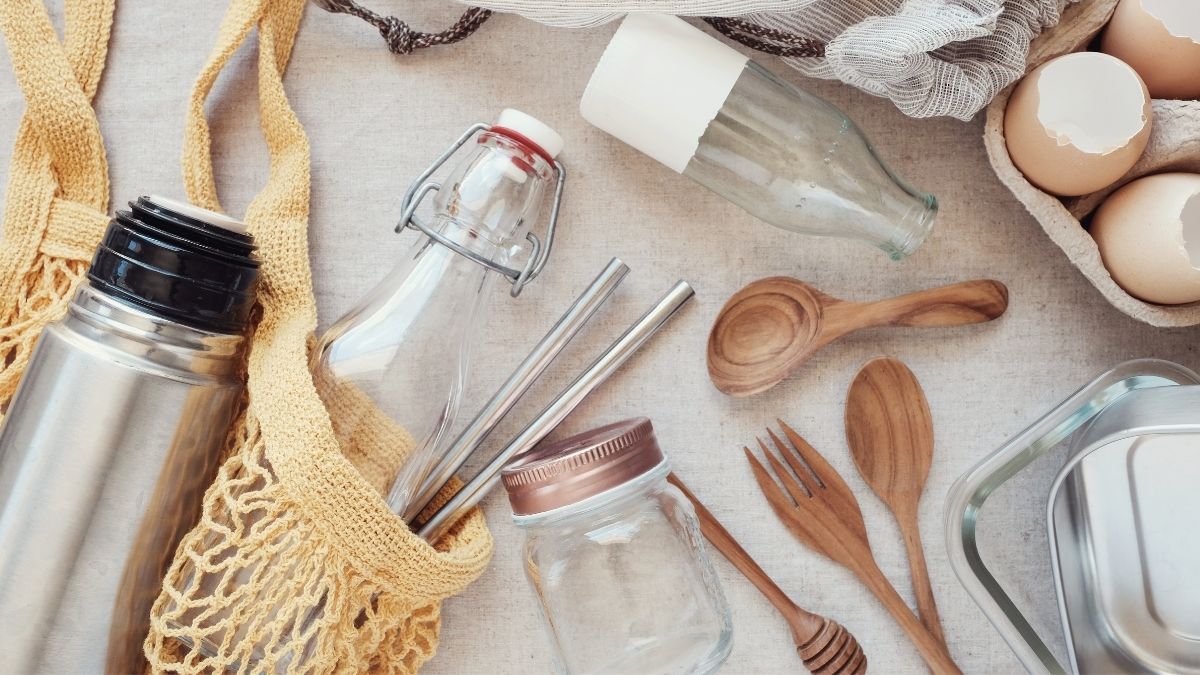 Over the last few years, the zero waste movement has been having a moment. From appearing as a plot in shows like The Politician to being the focus of some social media influencers and businesses, this movement is being heralded as solutions to the climate crisis. And throwing out less trash is a great thing to do, especially to help the planet. But what does living a zero-waste lifestyle even look like? And what are some of the problems?

There Is No One Right Way

“Life is pain highness. Anyone who says differently is selling something.” This quote from The Princess Bride can loosely be applied to sustainability and zero waste. There is, in my opinion, no one right way to be a part of these movements and there’s a chance that someone is trying to sell you something if they say otherwise.

For some, going zero waste means living with a certain aesthetic (think perfectly labeled mason jars in the kitchen pantry, name brand water bottles, etc), a lifestyle you may have to buy products for. There are plenty of companies selling this lifestyle too, with zero waste starter kits or reusable containers that all look nice and pretty. But the reality is, zero waste is a rather ugly but creative process and one you don’t usually have to buy certain items for. Odds are, you might even have ways to reduce your waste already in your house. And this process can and should look slightly different for everyone!

Basically, trying to go zero waste doesn’t have to look like something straight off of Pinterest or Instagram. Sometimes it means reusing a plastic bag/jar for as long as possible. Trying to reduce your waste can be a creative process and you don’t have to go completely ‘years of trash into a mason jar zero waste’ to limit your waste as best as possible.

Not Everyone Has The Same Resources

There are entire stores dedicated to zero waste and buying in bulk. But cutting back on waste can be surprisingly expensive, a financial hurdle that not everyone is able to cross. Finding package-free stores can also be time-consuming because there might be two or three or even four different stores that have all your necessities without extra plastic. Spending all that time and resources on finding package-free items is not feasible for those working two or three jobs or who have limited resources.

Time, like money, is just something that not everyone has enough of. There’s the saying that ‘we all have the same 24 hours in a day’ but that’s simply not true. Those living in poverty or disabled folks or a variety of other experiences often have to spend more time commuting, getting ready, etc and don’t have the same time in a day like those with shorter commutes, nannies, or other resources.

Recently, one of the most widely discussed solutions to slowing the amount of plastic that ends up in the ocean is ending the consumption of single-use straws. Some companies, like Starbucks, have started to (or already have) phase out single-use plastic straws and there are all sorts of alternative types of straws that don’t use plastic. But for some disabled folks, those same plastic straws are necessary tools in their lives.

There are so many reasons why reusable, biodegradable, or paper straws don’t work for some people. Some biodegradable or paper straws may be made with things that people are allergic to (like hay, corn, or dye). Reusable straws made from metal or glass may not work because they can’t be bent, an important function of straws for some people. Plus, reusable straws need to be regularly cleaned to avoid build-up or mold but for folks with mobility impairments, cleaning them might be incredibly difficult and thus, make an independent life more unattainable.

“Individuals Are The Problem” Won’t Fix The Climate. Systemic Change Will.

Zero waste is a great way for individual people to change their behavior and habits but there also needs to be systemic, widespread change in order for the fight against climate change to actually mean anything. First, widespread change to lift people out of poverty can make living a zero waste and more sustainable lifestyle more attainable.

Second, it’s also important to keep in mind that corporations and billionaires are the largest polluters in the world and tend to hoard resources, making life infinitely more difficult for those in poverty and for the planet. Billionaires, as individuals, have a massive carbon footprint, especially compared to the average person. According to an article from EcoWatch, billionaires have a carbon footprint that is thousands of times higher than the average American.

And it’s not just individuals with massive amounts of wealth. Companies also contribute a significant amount to greenhouse gas emissions. According to The Guardian, there are 20 fossil fuel companies that are directly linked to a third of all current greenhouse gases in the modern era (35% according to Richard Heede at the Climate Accountability Institute). Some companies on this list probably won’t surprise you. For example, Chevron, Exxon, BP, and Shell are behind 10% of the world’s carbon emissions in the last 56 years. A 2015 investigation even found that Exxon knew about climate change as early as 1977 and spent more than $30 million on climate change denial think tanks over the decades.

Ultimately, living a zero-waste lifestyle is an aspirational lifestyle that can help reduce the waste the average person contributes and can get people thinking about the ways in which our society is heavily reliant on waste and convivence.

Should we try to consume and throw out less? Absolutely. But there are a plethora of overlapping factors that make a completely zero-waste life difficult or nearly impossible for some people. So instead of judgment, we (the collective we) should be working towards a more just and equitable society that supports all sorts of people. Systemic change and the end of wealth/resource hoarding will also make a significant difference in the fight against the climate crisis.

Have you ever tried going zero waste? What has your experience been like?

2 comments on “Four Things To Consider With Going Zero Waste”