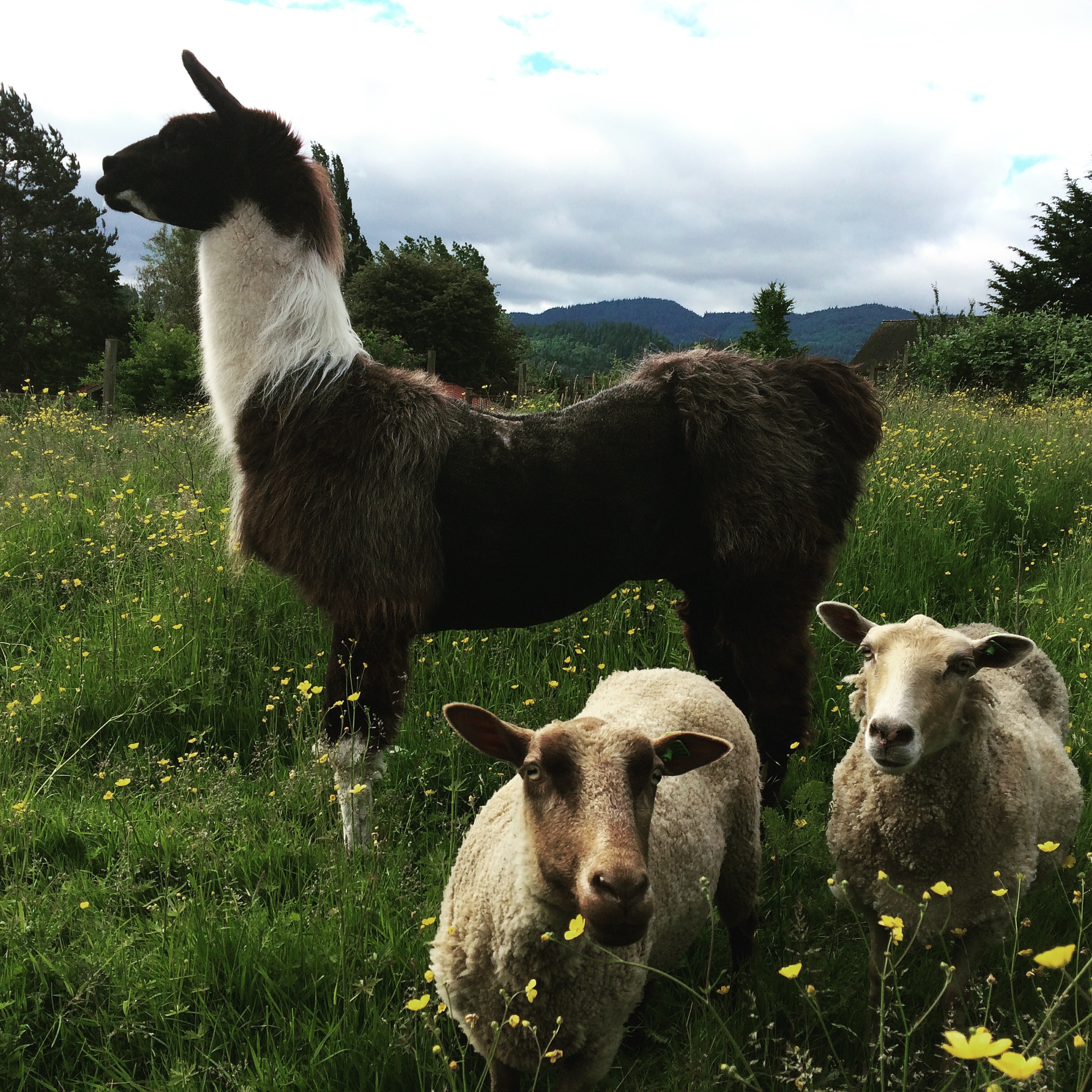 Taking care of a llama and two sheep was, as weird as it sounds, something that I just fell into. My neighbor has had llamas and various other animals for decades now and I grew up with different llamas in the periphery of my life for the last two decades. Growing up, my sister and I would often feed the llamas grass through our shared fence, occasionally getting spit on if we were being too loud or rude.

A few months after my college graduation and move back home, my neighbor asked me to housesit for a couple weeks and I jumped at the chance to spend a little more face time with the two llamas she had then. That eventually evolved into me taking more responsibility for the daily care of the animals.

In the spring of 2015 though, one of the two remaining llamas died and a few months later, the two sheep arrived. Llamas and sheep are both herd animals and strongly prefer to be around others like them, which is why Mady and Mini joined Shasta in October of that year. It didn’t take long for the three to bond and after a couple weeks, they had a bit of a routine down.

Care for these three on a daily basis is fairly simple – most of what I regularly do is just clean up and make sure that they have water and food. There’s an old barn they often spend time in, which I sweep when it gets dirty, and I make sure to check their water troughs at least every other day. If the troughs are looking a bit gross, I’ll scrub them down and refill them with clean, fresh water. Cleaning them happens much more frequently during the summer than in the colder months. And if it gets to be too cold for an extended period of time, I also make sure that the troughs have a heat source to keep the water from freezing.

During the spring and summer, they often graze in the pasture and have plenty to eat. Every couple days during the summer, I’ll also give them a bit of grain – something these three all love. In the late fall and throughout winter, they’ll get hay and grain on a more regular basis to make up for the less time they spend grazing.

Once a year, these three also get sheared, which removes their woolly winter coats before the warm days of summer. Over the last two years, there’s been a pretty consistent ragtag group of folks who come out to shear them. Shasta is pretty easy to shear compared to the sheep, as the sheep seem to think that the world is ending during this time. Some of the wool we shear is cleaned, spun, and eventually turned into yarn! My neighbor has a collection of yarn made from the llamas she’s cared for over the years.

I’ve come to really love these animals and have really appreciated taking care of them over the past few years. They’re wonderfully goofy animals that bring an immense amount of joy to my life and always seem to make any day just a bit better.

0 comments on “Taking care of a llama and two sheep”