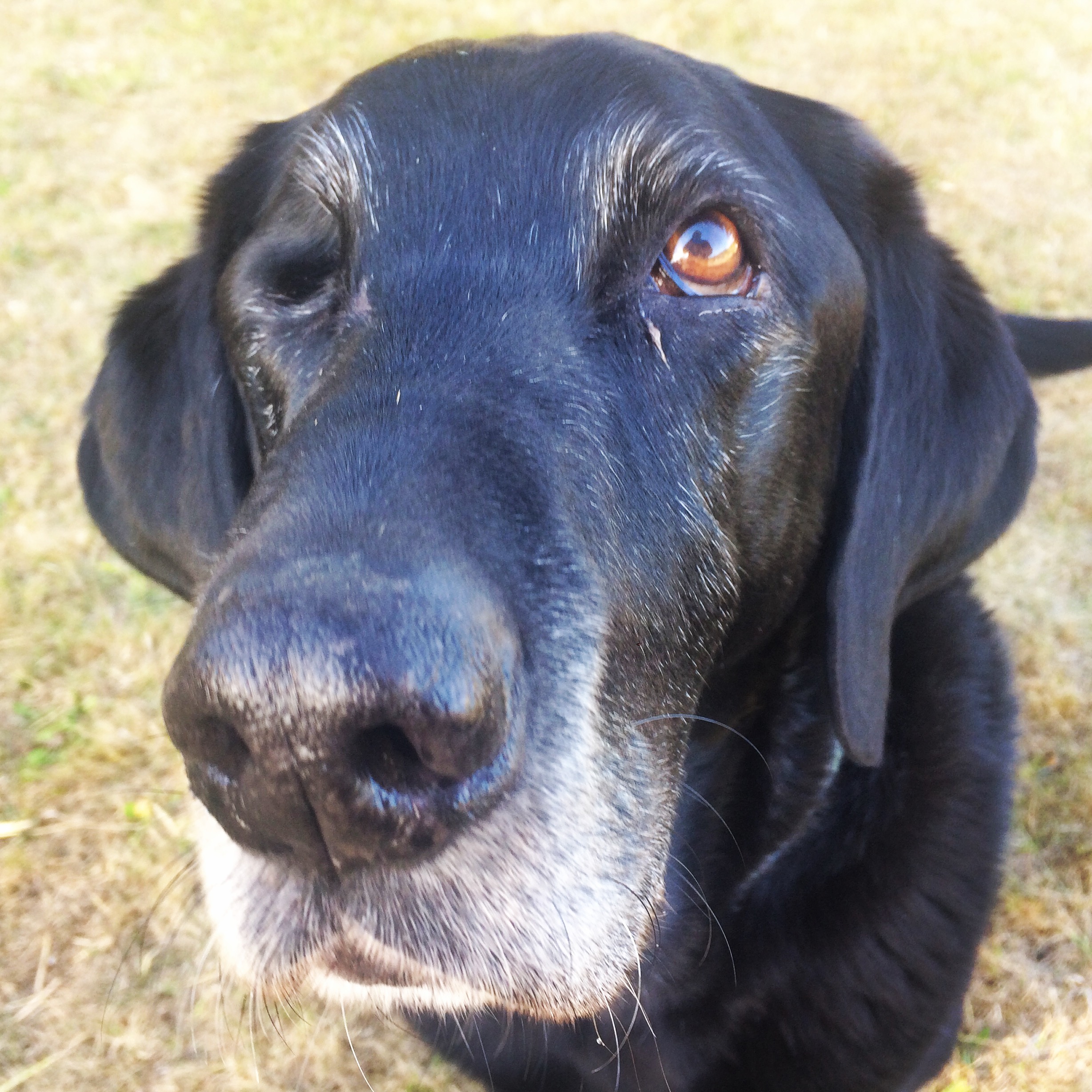 Today, a nationwide pet adoption drive called “Clear the Shelters” is happening all across the United States! Several television stations have teamed up with many different shelters and humane societies to help dogs, cats, and other animals find their forever homes. To find out more, including a participating shelter near you, go to the Clear the Shelters website.

In relation to this event, the ever popular Internet presence We Rate Dogs has been sharing stories of folks who’ve adopted dogs (and other ‘exotic’ dogs), along with raising funds for The Shelter Dog Project and One Tail at a Time, a Chicago based rescue. I’d encourage everyone who has been looking for a furry addition to their homes to adopt and if you can’t do so for whatever reason, I’d encourage you to donate to We Rate Dogs’ campaign or to your local shelter if possible.

Because of this event, I thought I’d share the story of Rooster, my own rescue! Rooster is a one eyed black lab mix who joined my family at the beginning of 2012. My mom originally met Rooster and his foster family at a New Year’s Eve party celebrating the end of 2011 and just a couple days later, he was at our house for a trial visit. We had all fallen in love with this senior dog from the get go and over the past five and a half years, he’s only become a bigger part of our family.

As a rescue, there are a lot of unknowns about Rooster’s history, including how he lost one of his eyes. The story goes that he was found on the side of the road by a vet in a wooded and somewhat rural area of our county. His eye was badly injured, leading to the vets having to remove it. We don’t know exactly what happened to his eye but judging by a scar near his missing eye and his general aversion to animals slightly smaller than him, he might have been attacked by a wild animal like a raccoon. We’re also guessing that he’s now about 12 years old now.

I still wonder what happened before we got him and why anyone would want to give him up. He’s the sweetest dog and absolutely loves everyone we come across (strangers and friends alike!). Rooster does have some separation anxiety and hasn’t dealt with loud noises like thunderstorms and fireworks very well. The one good part about him getting older is that he is starting to go deaf and after a long walk, he can sleep through just about anything.

Even with his missing eye and all his quirks, adopting Rooster was one of the best things my family has done in my opinion. This dog has so much love and compassion for every single person we come across and regularly insists that we say hi to random strangers. He’s taught me to be more patient, to be a little more outgoing, and to treat every day like a new adventure. Adopting Rooster meant dealing with his separation anxiety but in doing so, we gave him a loving home to grow old.

I count my blessings every single day that Rooster’s in my life and I’m always so glad that my family decided to take a chance on a senior dog with separation anxiety. Senior dogs are often overlooked in shelters for younger dogs that will be around for a lot longer. There are so many organizations and projects dedicated to senior dogs because they’re so regularly overlooked. Some include: the Old Dog Haven in western Washington, Susie’s Senior Dogs which promotes senior dogs looking for their forever homes, and the Old Friends Senior Dog Sanctuary in Tennessee.

0 comments on “Clear the Shelters and Rooster’s Story”