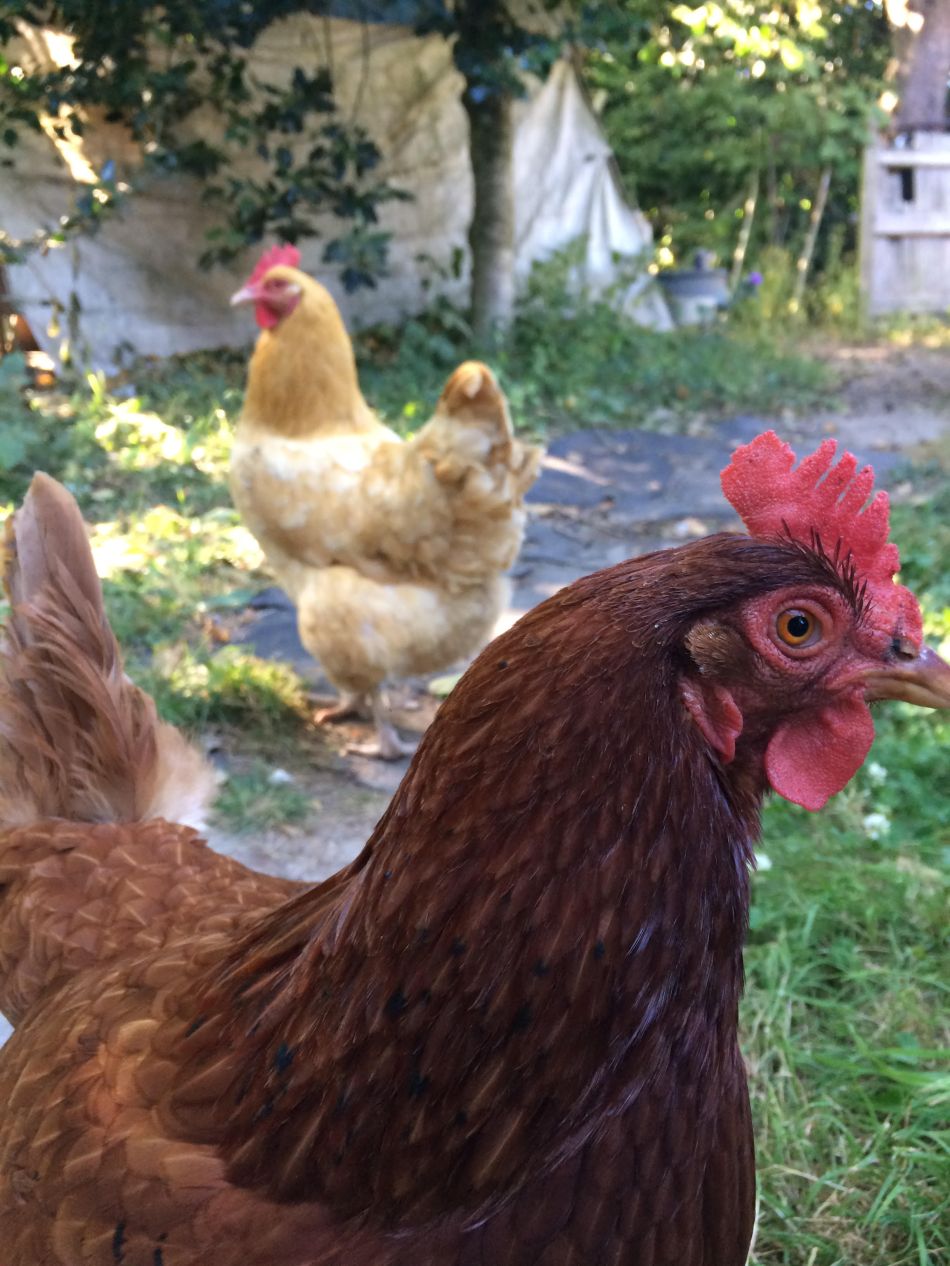 Last week, I wrote about the things to consider when adopting a dog but dogs aren’t the only animals with a long-term commitment. Cats, bunnies, chickens, fish, and so many other pets are as well and it’s vital that we stop treating these animals as disposable. Goldfish are, for example, often seen as a training pet, a test to see if you (or a child) are responsible enough for a larger animal. These fishes are inexpensive and very easy to obtain, making them easily seen as disposable. These fish are a lot smarter than we give them credit for – they’re able to distinguish between humans, have a memory span of at least three months and can differentiate between shapes, colors, and sounds.

Goldfish can very easily thrive in the right conditions but chances are, that’s not the case. Tiny fishbowls that are commonly associated with goldfish are a drastically inadequate home for these fish, as they’re way too small. Tanks for these fish need to at least have a volume of 20 gallons for the first fish and another 10-12 gallons for any additional fish.

Goldfish, on average, are about 4 inches in length but given the right space, they can grow up to 7-8inches. Some have even grown more than 12 inches in length! And in the wild, these fish can live up to 25 years – much longer than the average of 5-10 years as a pet. The point with this is to show that there’s a lot more about this type of fish than many people might give them credit for or really understand. Given the right kind of home, goldfish can actually have a really good life.

There’s also this trend every year of people buying bunnies and chicks (sometimes even dyed chicks) for Easter. Many of these animals are regularly abandoned because people don’t realize the amount of time, space, and energy required in taking care of them. Chickens, for example, are social animals, meaning they need to be around other chickens. They’re also absurdly messy and will poop just about anywhere, including on you. They need lots of space, food, and care, especially as little chicks. And rabbits are also a lot more high maintenance than you’d expect – many can live for 10-12 years, will need a lot of exercise, will also need to be potty trained, and will also need regular vet care (including getting spayed or neutered!).

And while releasing pet rabbits into the wild might seem like an easy way to not have a pet rabbit anymore, the reality is that releasing them just results in their death. The odds that these pets would survive more than a couple days in the wild is very low, as they have no idea how to hide from predators and can be hit by cars. Domesticated rabbits, which is what pet rabbits are, don’t have the same instincts that wild rabbits do.

On the flip side, if a released pet were to survive in the wild, you have to think about the implications of what that means for the native ecosystem. Pet turtles released into the wild have competed with native turtles in parts of Washington state for food and shelter. All kinds of released pets could also spread disease among native and wild species.

There are so many reasons why animals are abandoned. People die or move; financial troubles make it impossible to keep the beloved pet; life just sometimes makes it difficult to animals to stay in our lives. But one big way to prevent abandonment is to research what it would take to have that animal.

The point with this isn’t to discourage folks from adopting animals who need forever homes but rather, to acknowledge just how much work, space, and money that animals of all kinds need. It’s vital that before getting a pet, you know just what having that pet would entail. Goldfish might be a good starter to ensure that a child is responsible enough for another pet but they’re living creatures too.

0 comments on “Adopting other animals.”

Y’all, this is Goose, an adorable pup looking for his forever home at @adoptapetshelton! He’s a young, energetic dog who would do well in a family with older, dog savvy kids or with someone who’d love an exercise pal. . . #Repost @adoptapetshelton ・・・ DOG OF THE WEEK Meet Goose!  He is a super cute and friendly 2-year-old, 80lbs, Boxer-PitBull mix, with a stunning brindle and creamy white coat.  He has a pink shaped heart on the top of his nose!  Goose is sweet, loving, smart, and happy.  Because he is young, strong, and enthusiastic, children in his home should be 13 years of age or older, dog savvy, kind, and sturdy.  If you can provide a cat-free home, grain-free diet, love, exercise, and a fenced yard, then you may be the perfect fit family for this amazing guy!  Goose would love to meet you to discuss the future!  He is a great companion and family dog who aims to please. If you have further questions, emails are the only method of communication at this time.  We all care about the health of our 2-legged caregivers and the community at large, so as a precaution we are temporarily suspending our public open hours.  We are still taking email inquiries and applications, and will be in touch with you as soon as we are able.  We appreciate everyone’s understanding during this difficult time!  Stay Well! . CONTACT INFORMATION: Email: thedoghouse3091@hotmail.com Telephone: (360) 432-3091 All AAP dogs come up to date on vaccinations, spayed/neutered, and microchipped. . . . #adoptdontshop #adopt #adoptme #dog #dogrescue #rescuedog #adoptable #dogsofinstagram #rescuedogsofinstagram #doggo #puppy #pupper #animalrescue #dogrescue #shelterdog #shelterdogs #doglovers #dogoftheday #doglife #dogstagram #dogsofinsta #dogshelter #adoptapet #doggosdoingthings #doggy #dogs_of_instagram #animalsofpnw #aopnwfeature #feature #featurefriday
It’s been awhile since I’ve seen Rainy the dog but I still don’t understand how this is even remotely comfortable. She seems happy as a clam whenever she sleeps like this so I guess it works. .. .. .. .. .. #rainythedog #goldenretrievermix #rainy #animalsofpnw #rainyfindsthings #dog #dogs #doggo #pnwdog #happydog #boop #boopmynose #dogsofinstagram #dogsofinsta #dogsofpnw #instadog #instagramdogs #pnwonderdogs #bestdog #pnwdogs #thenorthwestdog #adoptdontshop #mansbestfriend #weratedogs #k5dogs #rain #dognap #happy #latergram #happygirl
Rosie and I made a friend while out on a walk recently! Hummingbirds are so tiny and so cute. .. .. .. .. .. .. #birds #bird #wildlife #pnw #pacificnorthwest #pnwild #birdsofinstagram #instabird #thatpnwlife #whatcomtalk #hummingbird #washington #nativewildlife #naturephotograhpy #nature #naturelovers #animalsofpnw #tinybird #wild #wildlifeconservation #pnwbirds #video #birdwatching #birdwatch #hummingbirds #wildbirds #wildwednesday #birb #wildlife #birdlife #latergram
The happiest floof. .. .. .. .. .. #rosiethedog #goldenretrievermix #golden #animalsofpnw #greatpyrenees #dog #dogs #doggo #pnwdog #happydog #boop #boopmynose #dogsofinstagram #dogsofinsta #dogsofpnw #instadog #instagramdogs #pnwonderdogs #bestdog #pnwdogs #thenorthwestdog #adoptdontshop #mansbestfriend #weratedogs #k5dogs #rose #playfuldog #floof #happyfloof #dogtime
Today is the last day to bid on items for @ant_bellingham’s online auction! You can find the link to the auction in my bio. . . Repost @ant_bellingham ・・・ Last day to bid! The online auction closes at 9pm tonight, Sunday May 17th! We are so close to our goal, and every dollar raised will directly benefit the youth & veterans in our programs. Your bids will also help us continue caring for our therapy animals, many of whom are rescued (like Sir, pictured here!) ♥️ If you're able, please consider giving the important gift of mental health support during this difficult time, and let our animals know they are loved! Visit the auction at www.32auctions.com/ANT, or click the link in our bio! .. .. .. .. .. #animals #animalsofinstagram #animalsofpnw #bellingham #whatcomcounty #featured #animaltherapy #therapy #boop #boopmynose #support #animaloftheday #farm #pacificnorthwest #thatpnwlife #pnw #nonprofit #therapyanimal #therapyanimals #mochathegoat #minihorse #hay #haythere #aopnwfeature #therapylife #support #localbusiness #mentalhealth #washingtonstate #auction #feature
Rooster was the definition of unconditional love. Even with all the probable trauma he went through before my family, he just loved fully. And he always seemed to know when people needed some love. I miss this boy so much but I’m thankful that I got some time with him and the lessons I learned. .. .. .. .. .. .. #roosterthedog #blacklab #oneeyeddog #animalsofpnw #pnw #dog #dogs #doggo #rescuedog #pnwdog #weratedogs #boop #boopmynose #seniordog #dogsofinstagram #dogsofinsta #dogsofpnw #instadog #instagramdogs #pnwonderdogs #bestdog #k5pets #pnwdogs #thenorthwestdog #takecareofyourself #adoptdontshop #mansbestfriend #latergram #roosterdog #seniorpupsaturday