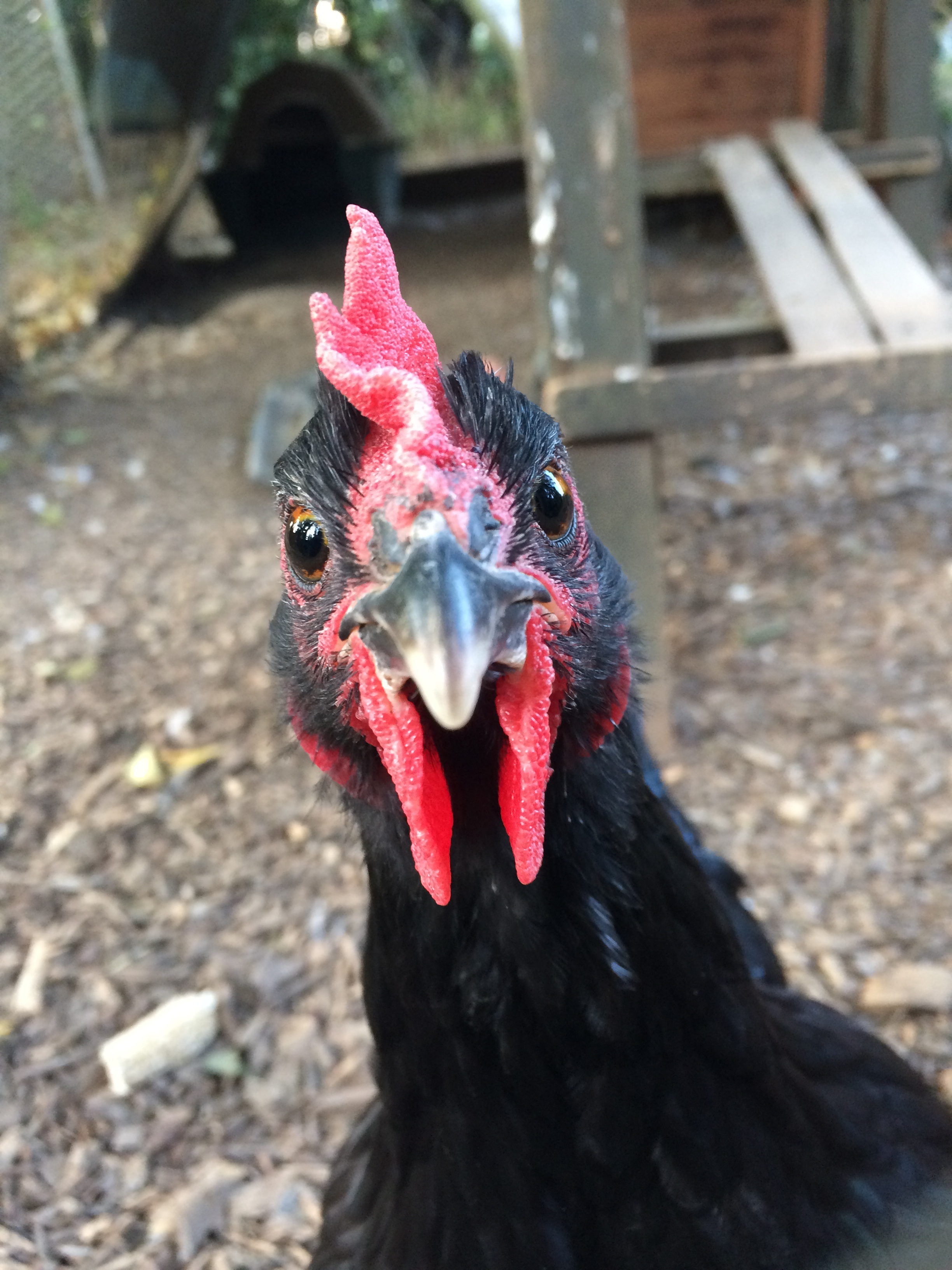 During my second year of college, my parents and neighbor decided to get chickens together. It was a perfect arrangement – the coop ended up on her land right next to ours, allowing easy access for both households to share care for these animals. Through some trial and error and some unfortunate raccoon and hawk related deaths, we eventually had a great flock of chickens. And as that same flock started to get older, we recently decided to get more chicks this past spring to add to our flock.

It turns out that these animals are the goofiest things I’ve ever seen. I honestly can’t explain why but I keep expecting them to have arms and find it hilarious that they all tend to wobble a lot when they run. The hens will often run after me if it even remotely sounds like I have food for them, resulting in me giggling at the absurdity.

Getting chicks can be fairly easy but it’s important to have everything set up and ready before going to the store to get them. Having a coop and attached run allows for the chickens, once fully grown, to have a place to sleep, eat, drink, and move around. There are many places that, in addition to selling the actual animal and many other necessary items, will sell chicken coops of varying sizes and designs. Finding one that you like and that fits your space and the number of chickens you’ll be getting is key. (Chickens need about two square feet of their own space each.)

You’ll also need a space in the house for the chicks, as they will need a warm space inside for a few weeks. The young chicks you’ll see at garden/farm stores or pet stores are usually only a few days to a week old and will have to spend time in an indoor coop until their feathers have come in. It is possible to get older chicks but they will often be around $20 per pullet versus $3-$4 for ones that are only a few days old.

Some things to know when raising chicks (that I’ve learned through experience):

Before you start getting everything ready for chicks, there’s one vital beginning step: talking to your neighbors and checking your city/county codes. Chickens can be noisy at times and so, if you live in relatively close proximity to your neighbors, consider having a conversation with them. And at the same time, some cities have policies that only allow for a certain amount of chickens per household. Chickens are social creatures though, so it’s important to not have just one or two. I know that major cities will often allow for 3-5 chickens per household.

Once established, taking care of a flock of urban chickens is actually a lot easier than I thought. A lot of the work involved with taking care of hens is feeding them, making sure they have clean water, and regularly cleaning their coop/run. Chickens are great to have for egg production but they’re just fun animals to have around regardless and will eat some of your leftover food too! They love lettuce, corn, tomatoes, and pasta.

Chickens also have a few natural behaviors that might seem weird but are totally normal for the species. They, for example, don’t use water to bathe and instead, will often take dirt baths to clean off. This seems counterproductive but very normal for chickens. They also love roosting, meaning that they love to sit on raised areas, like low hanging branches of trees. The chicken run we have allows for several cut bamboo stalks to be put in the corners for roosting.

There are some common issues that might happen with hens but there are some preventative measures to help combat them. If you have one (or even more than one) escape artist hen, one measure would be to clip their flight wings. On each wing, a chicken has ten flight feathers that are possible to clip and if done properly, won’t hurt the chickens. However, I’m personally still a bit unsure about the practice and you’d have to clip their wings each time they molt, as the feathers would grow back.

Sprinkling diatomaceous earth where the chickens take dirt baths helps to prevent them getting mites and putting probiotics and electrolytes helps them from pasting up, the chicken equivalent of getting constipated. Pasting up is a potential problem for any chicken and is when poop gets stuck to a chicken’s butt. This prevents them from pooping and can cause all sorts of issues. If left untreated for too long, this can result in death. The essential thing to do when a chicken is pasting up is to clean off the poop with clean, warm water and a cloth. The water should be warm, as hot water can hurt them and cold water could potentially lead to them getting a cold. (And yes, chickens can get colds!)

If you’re caring for chickens in the United States, there are a few predators to be careful for. Always make sure that your chickens are in a secure coop each night and that there are no holes or ways for other animals to get in. This won’t always prevent predators from getting your chickens or their eggs but it’s one of the best ways to at least minimize the likelihood.

Common predators include coyotes, red foxes, raccoons, rats, hawks and eagles, and neighborhood or stray dogs. Rats won’t go after full grown hens but their eggs and leftover food often make for delicious meals. There are a few ways to at least minimize the chances of rats visiting your coop and property:

Getting chickens was one of the best decisions my family made – at least in my opinion. I missed the first few years but once moving home after college, I started to help out more and more with them. I’m regularly feeding them each morning; I’m often be the one to make sure they all are in the coop at night; I often help clean up their coop each week.  Needless to say, I’ve come to know these animals very well. It does take some work to care for them but even when they stop laying eggs, our urban chickens are a wonderful addition to our family.

**Getting and raising chickens should not be an impulse decision. Little chicks are cute as hell but they’re a lot of work, will grow into hens, and can live for several years. They need space, protection, food, care, and other chicks to keep them company.

0 comments on “Caring for backyard chickens”