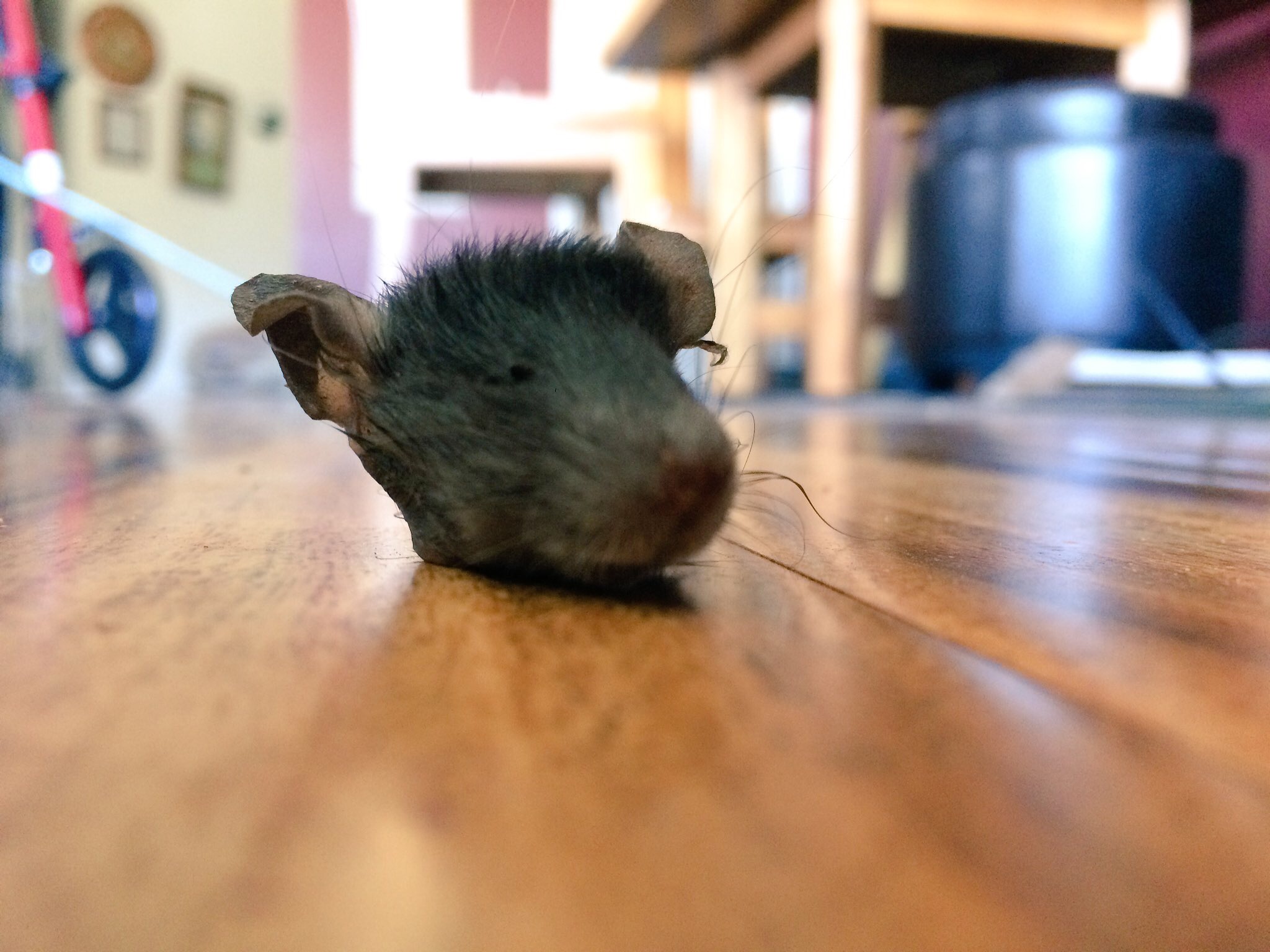 **Disclaimer: I’m not an animal behaviorist or veterinarian and cannot guarantee that these things will stop your cat from catching things like birds, mice, and more. There’s really nothing that will stop your indoor/outdoor cat from hunting other animals other than having them exclusively be indoor cats.

One of my dad’s cats is a natural hunter and as an indoor/outdoor cat, she often has plenty of time to catch things. Over the years, she’s caught mice, a few moles, a whole lot of birds, and even a couple bats. There’s nothing she doesn’t love chasing while her brother is happy to catch a leaf! It’s been an annoying habit of hers though and it hasn’t been fun to clean up all the animals she brings in. There are a few different things to do in order to decrease the amount of animals your cat brings you.

One of the best ways to make sure they aren’t killing small animals is to have your cat be strictly indoors, where they can’t catch anything. There are a few other reasons to have your cat be inside and some of these reasons include: there’s no chance that they’ll be hit by cars or getting sick from other cats, they’re safe from other dangers like predators and fights, and there’s no chance that they might get lost or even stolen.

But if you don’t want to have your cat be strictly indoors, there are ways in which to discourage your cat from hunting. One is to keep your cat be inside at certain times, especially around dawn/dusk, at night, and after bad storms. Another is to put a bell and collar on them so that other animals are warned when your cat is around. There are even a few collars with snaps that release if your cat is caught in a branch or the like. Not every cat is going to be okay with wearing a collar though.

There are a few other things to do that make hunting less appealing for cats. Try playing with your cats more; there are so many different cat toys to pick! In addition to keeping your cats interested in something other than hunting small animals, playing with them is always adorable and a great way to destress! And this is a bit obvious but make sure that your cat is well fed! This won’t mean that your cat will stop hunting if they’re not hungry (as they might do it for other reasons). There are even a few ways in which your cat can ‘hunt’ for their food. Some cat dishes are can help your cat slow down (as some cats eat too quickly) and there are feeders you can make that release treats/food through being knocked around or rolled over.

A part of this conversation also means being aware of where any bird feeders are and what kinds you might have in your yard. Don’t feed birds close to the ground or in areas that would be easy for cats to get to them. There are many different bird feeders that are high off the ground and include a little cone that prevents the cat from climbing up. If you have a balcony that’s hard for cats to get on from the outside, think about putting the bird feeder out there and making the balcony off limits to the cat.

There’s really no way to guarantee that your cat will stop hunting, as it’s just an instinct for them and a natural part of being a cat. The only sure fire way to make sure that your cat doesn’t bring you small animals is to keep them inside all the time. But for cats that desperately want to be outside, there are a few ways to at least try to decrease the amount of animals they’re bringing in.

0 comments on “Is your indoor/outdoor cat bringing you birds and other small animals?”