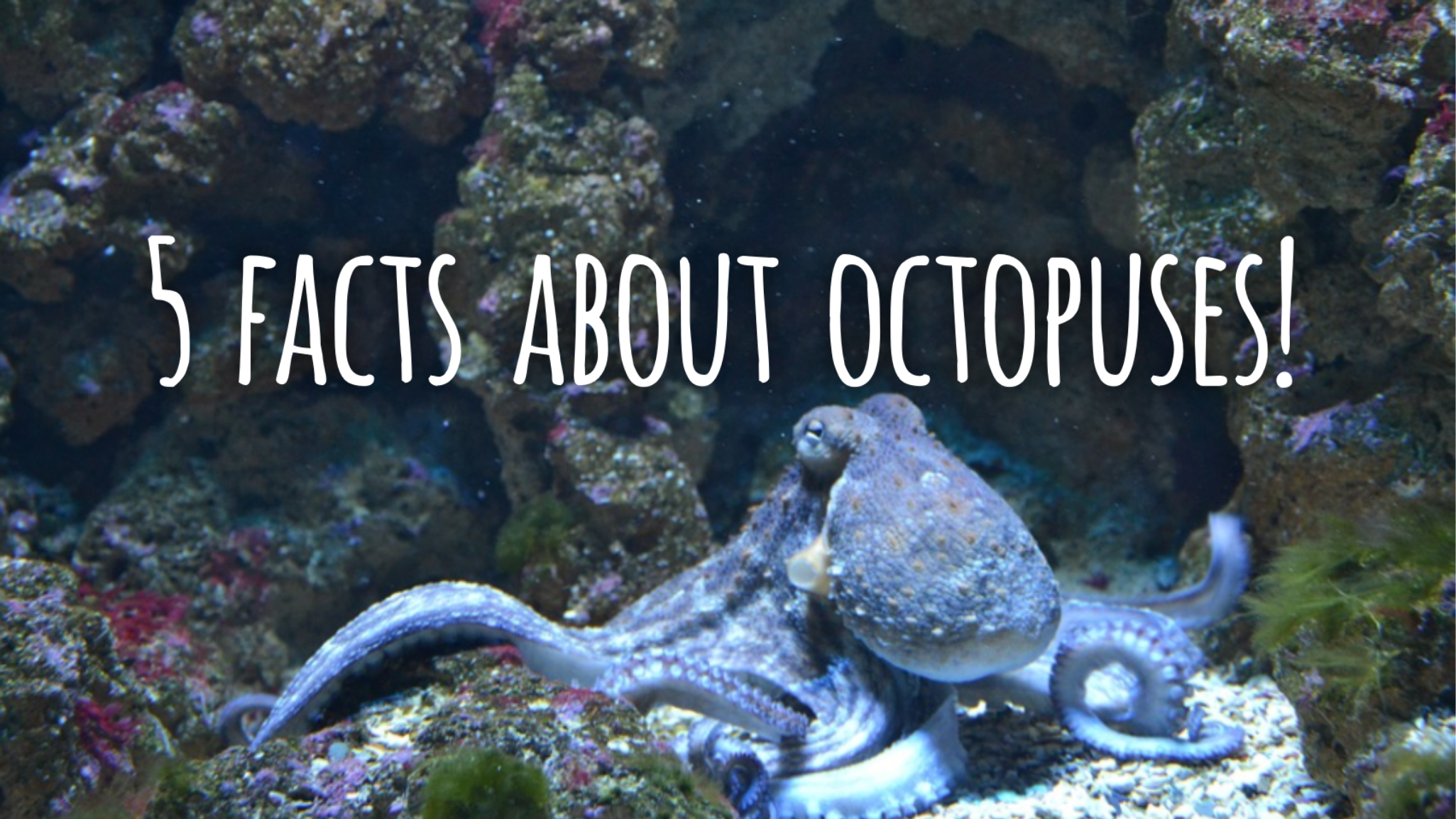 At the Seattle Aquarium, today is the first day of Octopus Week! For the past few years, this aquarium has an entire week dedicated to these cephalopods and will have all sorts of events to celebrate! So for this week’s fun facts corner, I thought I’d share some fun facts about these interesting marine creatures.

[ONE] There’s been some confusion and debate over the correct plural form of ‘octopus’. The most common belief is that it’s octopi and while that sounds pretty, it’s not technically correct. That form relies on the incorrect belief that the origin for ‘octopus’ is Latin; in reality, the origin is actually ancient Greek! This would mean that in the most technical sense, the right plural form of this word is ‘octopodes’.

But like any foreign word that’s been in the English language for hundreds of years, octopus can receive the standard plural form of a word. This means that the plural version can be ‘octopuses’!

[TWO] Octopuses are incredible creatures! They have three hearts: one for pumping blood through the body and two for pumping blood through their gills. They also have a beak that looks like a parrot’s beak to help cut through the tough shells of different shellfish and they have very complex brains. Much of what they eat (crabs, crayfish, etc) love to hide so octopuses have to be great at hunting for things that don’t always want to be found. These creatures are also masters of camouflage and can quickly change both the color and texture of its skin!

[THREE] Octopuses are able to fit into small spaces. If their beaks are able to fit through something, the rest of their body can as well! Because they don’t have bones, they’re able to fit through many holes and spaces you might not think they could. This aspect, combined with their natural knack of exploring, means that there have been times in which an octopus has escaped from or caused trouble for an aquarium!

Inky, for example, was an octopus at New Zealand’s National Aquarium that managed to escape its tank and left for the ocean (hopefully!) a few years ago. Inky was able to do so after a routine cleaning left a little opening in its tank one night. And there was a different octopus at the Seattle Aquarium that went viral a few years ago after it was exploring its new tank and it looked like it was escaping.

[FOUR] The image you might be thinking of when someone says ‘octopus’ is probably the Giant Pacific Octopus. These octopuses, as you might assume, are often found in the northern Pacific Ocean along the coasts of North America (from southern California to Alaska) and even around Japan. This specific octopus species is actually the largest one, sometimes even getting to be 400lbs (182kg) with an arm span of 25 feet (7.6m).

[FIVE] Octopuses are cephalopods, a class that also includes cuttlefish and squids! The name ‘cephalopods’ means ‘head-foot’, which refers to the fact that these creatures have their feet/arms attached to their heads.

If you want to partake in any octopus related events at the Seattle Aquarium, there are a few different things happening over the next week! Two different octopuses will be released into the Puget Sound this week: Webster will be released today (2/17) at noon and Yoda will be released next Saturday 2/24 at noon. If you can’t make it to either event, there will be a live video. There will also be divers swimming with an octopus on the 19th and 25th!

The Seattle Aquarium is open from 9:30am to 5pm every day during the winter. To learn more about octopuses, the aquarium itself, and more, check out their website here.