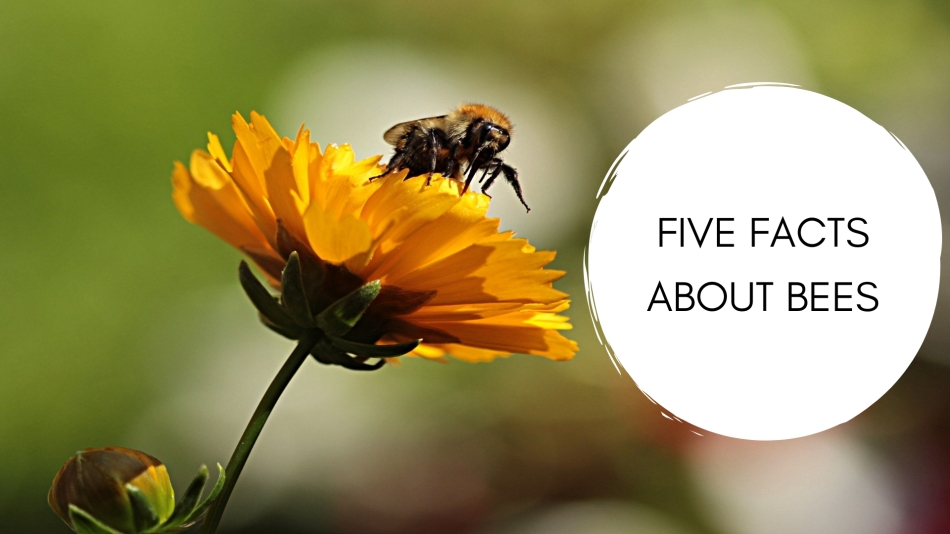 I’m sure I’m not the only one with a mild fear of bees. I’ve been stung many times before and it’s not a particularly pleasant feeling to say the least. But over the years, I’ve definitely gained a new appreciation for these insects and wanted to share some fun facts about bees!

[TWO] The most famous bee species is the European honeybee (apis mellifera) and researchers found that this common species originated in Africa! This specific species of bee also wasn’t introduced to the Americas until roughly 1622.

[THREE] The common honey bees that we know today also didn’t make its way over to the west coast of the United States until the 1860s. Other common/major bee groups in the Pacific Northwest include: bumble bees (bombus), mason bees (osmia), sweat bees (Lasioglossum and Halictus), mining bees (andrena), leafcutter bees (megachile), cuckoo bees (Sphecodes, Nomada, Triepeolus and Coelioxys). If you want to learn more about these bee groups, check out the following article from the Arboretum Foundation!

[FOUR] Honeybees are social and a hive is made up of three types of bees: workers, drones, and the queen bee. Worker bees are the ones you’re most likely to see and are female bees that aren’t sexually developed. They do many functions like forage for food and build, protect, and clean the hive. Drone bees are exclusively male honey bees and their primary role is to mate with the queen bee. Not all drones will get to mate with the queen but once they do, they die! And the last type of honey bee in a hive is the queen bee. There’s usually only one queen in a hive at a time and her main job is to lay eggs and grow the next generation of bees. Once the queen bee dies, worker bees will create a new queen by feeding a female larvae a diet of something called “royal jelly”.