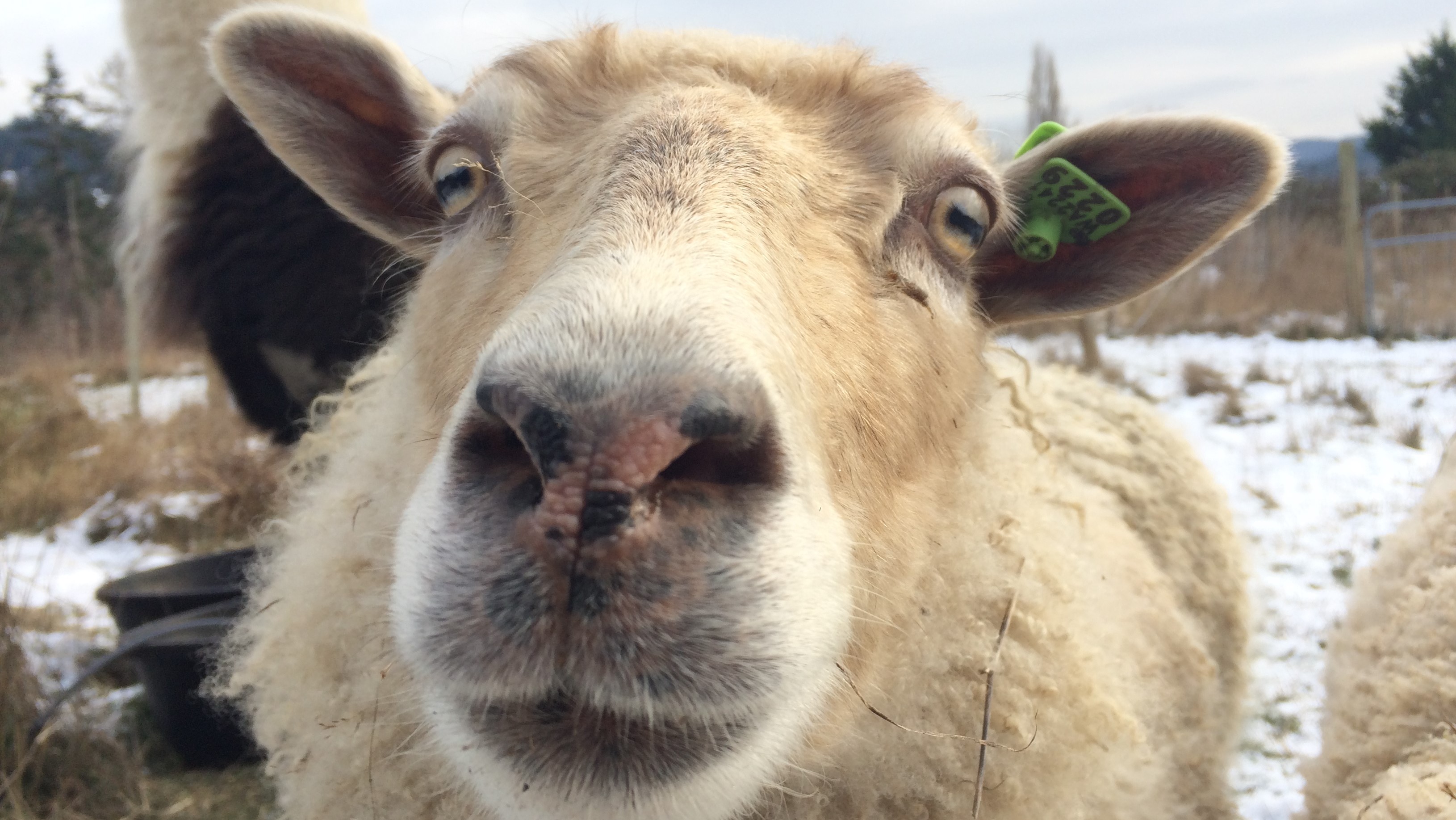 If you asked me just a few years ago if I thought I would spend two+ years caring for some sheep, I would have laughed. But life finds a way and even though Mady and Minnie are at a new home, I’m so thankful to have had time with them. In honor of the time I got to spend with Mady and Minnie, here are some facts about sheep!

[ONE] These animals were some of the first to be domesticated but there are still many wild sheep living all around the world! One of the largest wild sheep in North America is the bighorn sheep and as their name implies, these sheep have large horns that can weigh up to 30 pounds! There are many threats to wild bighorn populations, with diseases from non-native, domestic sheep in the area playing a big role.

[TWO] There are many different breeds of sheep, with each breed having specific traits. Minnie, for example, is a Shetland sheep, a breed that comes from the Shetland Islands off the coast of Scotland. Mady, on the other hand, was a Shetland/Gotland mix. Gotland sheep came from the Swedish island of Gotland and were originally established by Vikings. Both of these breeds produce amazing fleece, making them popular breeds for spinner flocks.

[THREE] There are many steps between getting the fleece from a sheep and turning it into yarn. Many domesticated sheep are sheared each year in the early spring and there are professionals that are able to shear sheep in almost no time at all! During the two times Mady and Minnie were sheared at my neighbor’s property, it always took a group of folks a good chunk of the day to do the two sheep and Shasta because we weren’t professional shearers. But we always got the job done and I definitely learned a lot by helping out!

It’s important to note that while the group who sheared Shasta and the sheep weren’t professional shearers (and would only do this once a year at my neighbor’s property), many of those involved knew what they were doing and had experience shearing llamas over the years. Trying to shear a sheep (or llama) with little to no experience or know how can be dangerous for you and the animal.

After shearing a sheep, there are still many steps between that fleece and the final product! The fleece has to be skirted, washed, sorted, carded, and much more until it becomes a usable yarn. Here are some resources about that process if you want to learn more:

[FIVE] Over the last few decades, there’s been a sheep breed on an island off Scotland that have been shrinking in size! Natural selection has primarily favored larger sheep but over the years, soay sheep have actually been shrinking slightly. Scientists have been looking into this phenomena and found that climate change is the biggest factor in why soay sheep are shrinking.

4 comments on “5 Fun Facts About Sheep!”