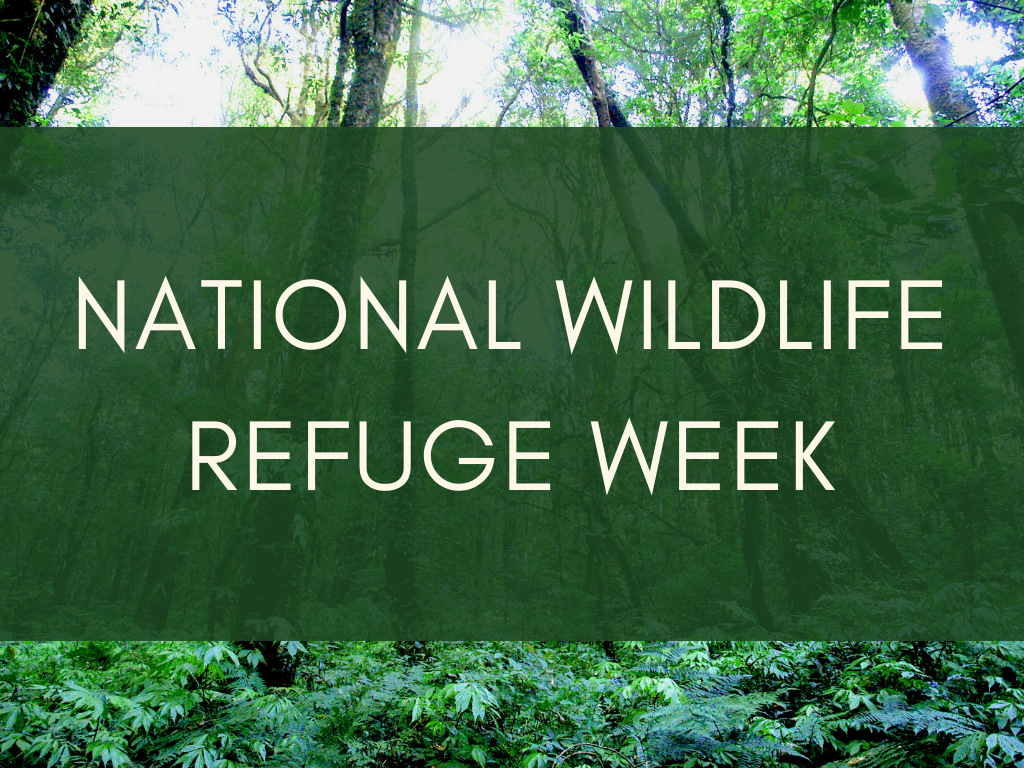 This week [October 14-20, 2018] is National Wildlife Refuge Week! Celebrated the second week of October each year, this week is a celebration of the wildlife refuges around the country, as these spaces around the country provide a safe habitat for thousands of animal and plant species and an unparalleled outdoor experience for people. There are some slight differences between wildlife refuges, national/state parks, and national forests, with the most significant differences coming from who manages them and what kind of activities can happen in them.

The first wildlife refuge in the United States was Florida’s Pelican Island, which was established in 1903 by an Executive Order signed by then President Theodore Roosevelt. In the 115 years since then, more than 566 other National Refuges have been established, covering roughly 100 million acres of land and 750 million acres of oceans! If you were to consolidate all of the land and ocean maintained by the National Wildlife Refuge System, it would cover about a third of the continental United States!

One wildlife refuge in the Pacific Northwest is the Grays Harbor National Wildlife Refuge. The Grays Harbor Estuary is of particular importance for shorebirds each year, as hundreds of thousands congregate on the area each spring (late April to early May). The estuary is one of the four significant stops for Arctic-bound birds in North America, as birds will stop here to rest and eat while on their way to breeding grounds farther north. Some birds that call this place home during parts of the year include the western sandpiper, the black-bellied plover, great blue herons, and bald eagles!

Wildlife refuges, national/state parks, and designated wilderness areas are environmentally relevant this day and age, especially in the face of potentially catastrophic climate change. These areas provide a habitat for animals and plants, many of whom are facing habitat loss and other threats. By protecting and respecting these areas, we help provide space for the environment to thrive without too much human interaction.