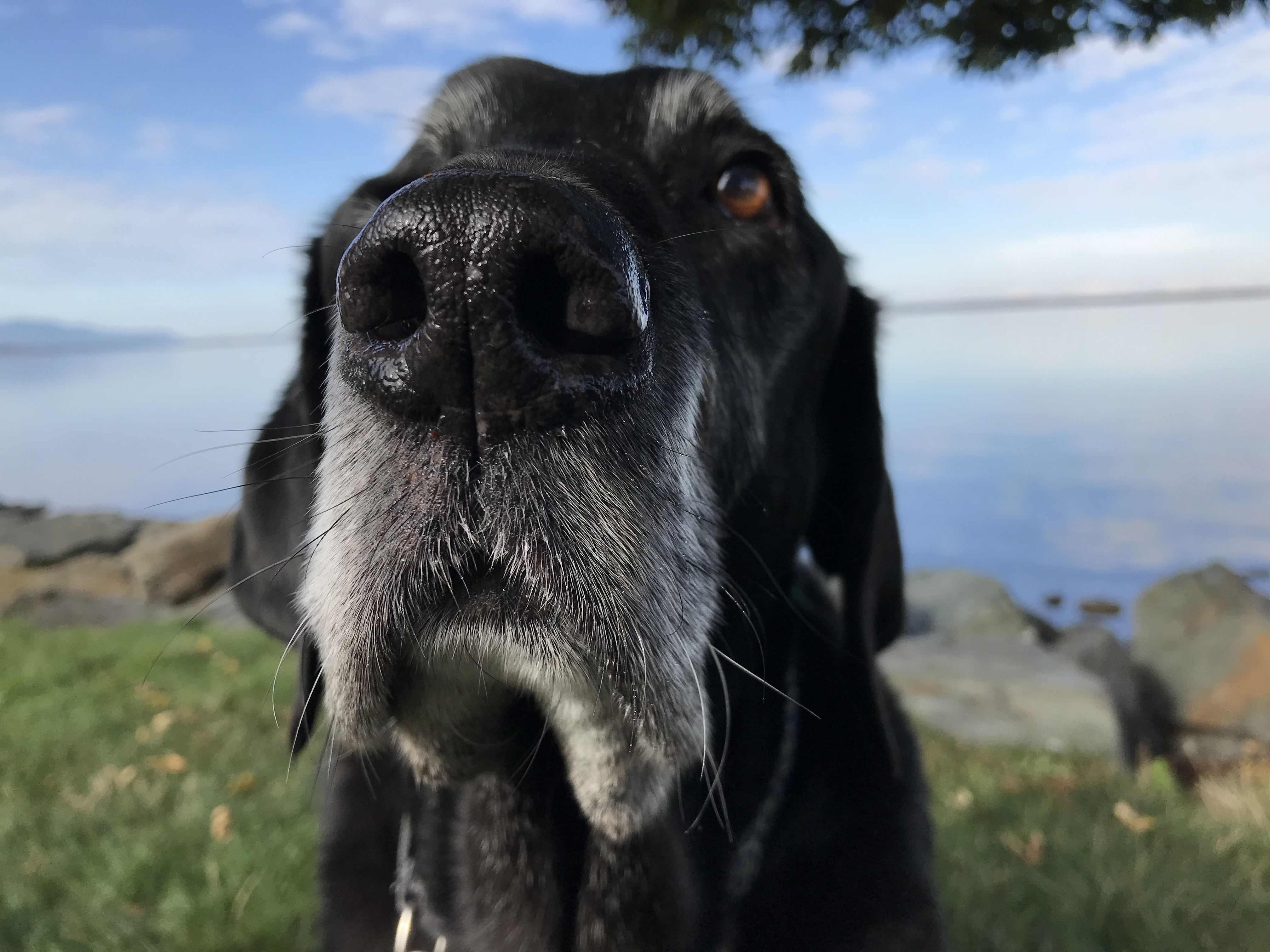 At the beginning of 2012, Rooster came to my family’s home for a home visit to see if he’d be a good fit with us. It’s been seven years since then and he’s been a wonderful and consistent part of our family. Even with all his anxiety and flaws, I can’t imagine a life where he wasn’t a part of our family.

Over the last seven years, we’ve gone to the mountains and played in the snow; we’ve gone to the coast and played on the beach; we’ve also gone to fun places like Paws for a Beer and Village Books. He’s napped on couches and beds, climbed into my bed to snuggle, and rolled around in the backyard. He’s tried to catch ducks and geese, only to have the birds swim circles around him, and has helped out in the garden as our official garden supervisor.

Rooster found his way to my family only a few months after our first dog, Penny died. My mom was especially heartbroken over losing Penny and it had taken us a few months to grieve. But by chance, my mom ended up at a New Year’s Eve party where Rooster and his foster family were. We had talked about getting another family dog in the days leading up to that party and thanks to a recommendation from his foster family, Rooster ended up at our home just a couple days after we met him!

During his time with us, Rooster has brought my family and I so much love and joy. Some have said that it feels like fate that Rooster ended up with us, as he just fits so well within the family. I have to agree, as he’s the epitome of “man’s best friend” and it feels so natural that he’s a part of our lives.

He wasn’t that excited to be a reindeer

Our birthday a couple years ago!

We found some flowers on a walk

Rooster and a rooster statue!

Dog bar fun! He didn’t quite fit into the chair

We found some sand and he was quite excited to just sit and watch the birds fly by!

Staring contest with a rabbit! The rabbit won

He was so unsure about all these pumpkins!

One of Santa’s elves reporting for duty

Rooster loves running on the beach!