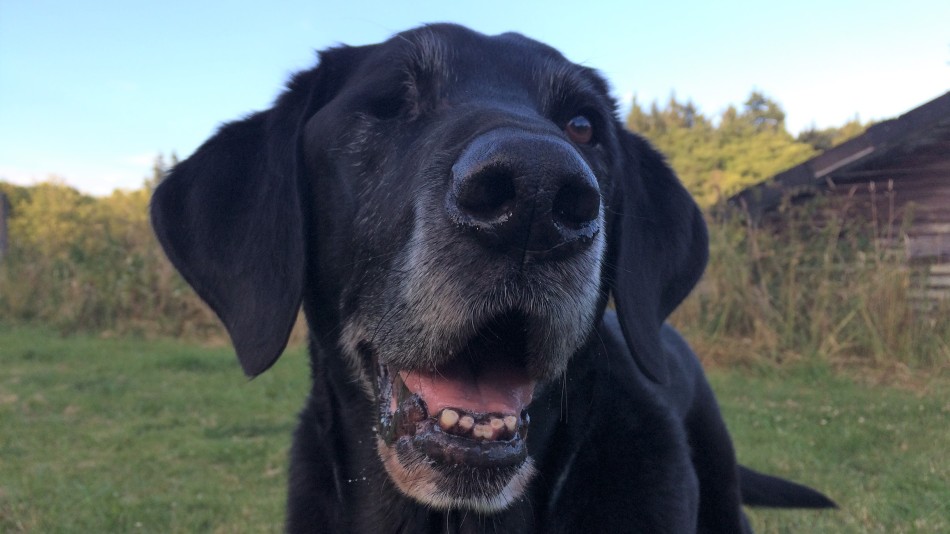 Labrador retrievers, according to the American Kennel Club, are the most popular dogs in the US and have been for a couple decades now! These dogs will usually get to be about 21-24 inches tall and will weigh 55-80 pounds. Usually, Labrador retrievers have a life expectancy of 10-14 years but a healthy diet and active lifestyle can help keep them happy and healthy for years!

They will have dense, hard coats that come in three different colors: yellow, black or chocolate! These dogs are often amazing swimmers, in large part because of their otter-like tails, high energy levels, and water repellent coats. A lab’s thick undercoat has a natural oil secretion that helps to repel water and keep their skin dry. They do shed regularly but because their coats are short, they won’t need to be groomed as much as long-haired breeds.

Labrador retrievers were officially recognized as a breed by the UK Kennel Club in 1903 and were registered in the American Kennel Club in 1917. Ancestors of current day labradors (and many other retrievers) came from the Canadian provinces of Newfoundland and Labrador. The St. Johns Dog was a breed of water dogs that many fishermen would use as working dogs, as they were hard-working, loyal companions that regularly helped fishermen with different tasks.

Some St. Johns Dogs were imported to the Dorset area of England in the early 19th century, where the Earl of Malmesbury was said to have seen some of the dogs and became intrigued. He eventually imported some St. Johns Dogs from Canada to England and eventually had an entire breeding kennel dedicated to this breed! He eventually donated some of his dogs to the Duke of Buccleuch for a breeding program in the 1880s. That program is where many say current Labradors came from.

Today, this breed is an excellent family dog, as they’re sweet, friendly, and will often bond with everyone in their family. While they are easy going, Labradors are high energy dogs for most of their life and might not be suited for apartment living. Many will love to swim, go for hikes, or even fetch and they’ll need plenty of exercise and enrichment every day. They’re also intelligent and many would benefit from training classes!

2 comments on “Behind the Breed: Labrador Retriever”