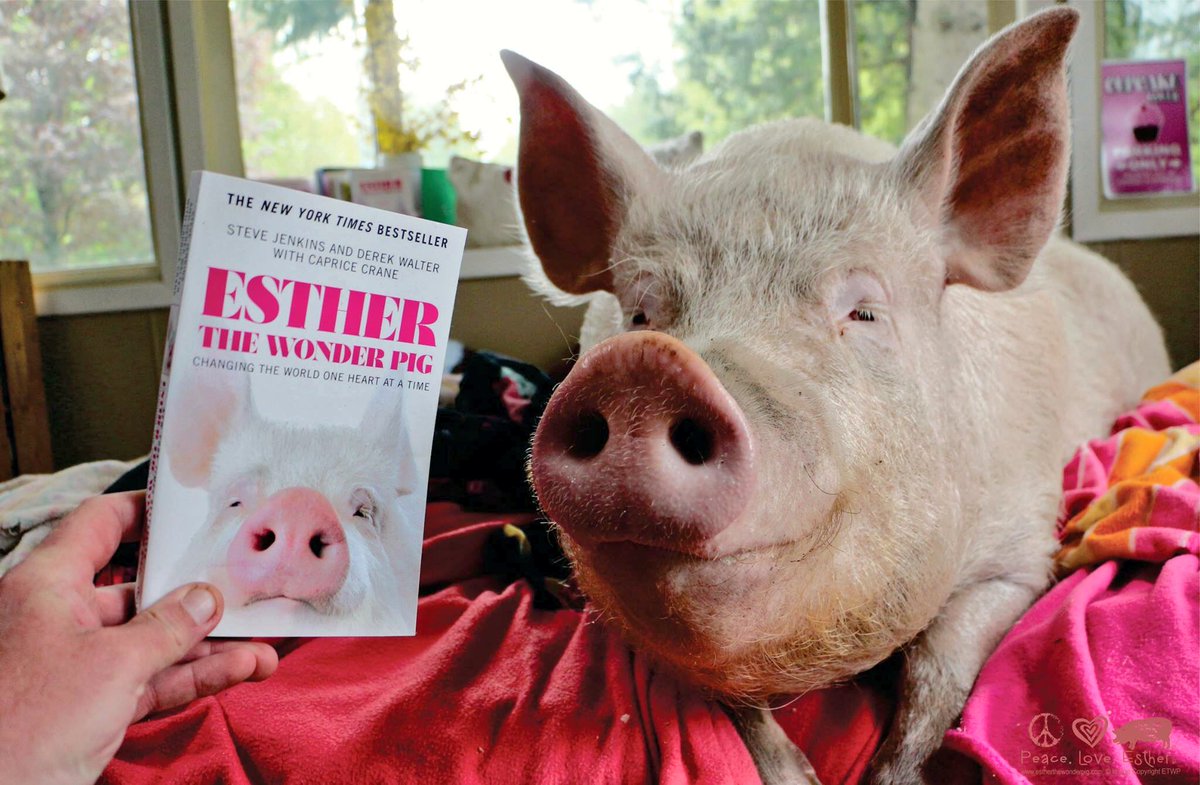 This post contains affiliate links that I could make commission off of.

All opinions are my own.

Esther The Wonder Pig: Changing the World One Heart At A Time is the story of how Esther the pig came into the lives of Steve Jenkins and Derek Walter and drastically changed it. In the summer of 2012, an old friend contacted Jenkins about potentially adopting a micro piglet. Jenkins, an admitted animal lover, jumped at the chance when told the piglet might go to someone else and brought Esther home to an unsuspecting Walter. Through hardships and happy moments, Esther The Wonder Pig tells the story of how both Jenkins and Walter came to both love Esther and how she lead them to buy a farm and turn it into an animal sanctuary in 2014.

One of my favorite parts of this book is how Jenkins and Walter do a great job of sharing the highs and lows of having Esther in their lives. Esther was initially said to be a micro piglet and at first, they thought she was going to be 70 pounds. But within just the first few months, it was apparent that she was actually a commercial pig and eventually grew to be over 650 pounds! Bringing home an untraditional pet is one thing; bringing home a pet that grows to be significantly larger than anyone expected is another!

They share all wonderful, happy moments that come with having such an intelligent, loving animal like Esther while being real about how difficult it was having such a large animal in such a small home (before they moved to the farm). They don’t sugarcoat how difficult their journey was but it’s very apparent throughout the book that their love for Esther and animals like her is a driving force for why they did all they did.

The book is a fantastic read for anyone who loves animals and is especially great for fans of Esther and farm animals like her. The entire book (including epilogue and a short conversation with Steve and Derek a year after the book came out) is only about 200 pages and is an excellent book for a rainy weekend!

You can get Esther The Wonder Pig: Changing the World One Heart At A Time by Steve Jenkins and Derek Walter with Caprice Crane wherever you get books, including at Village Books in Bellingham, WA.