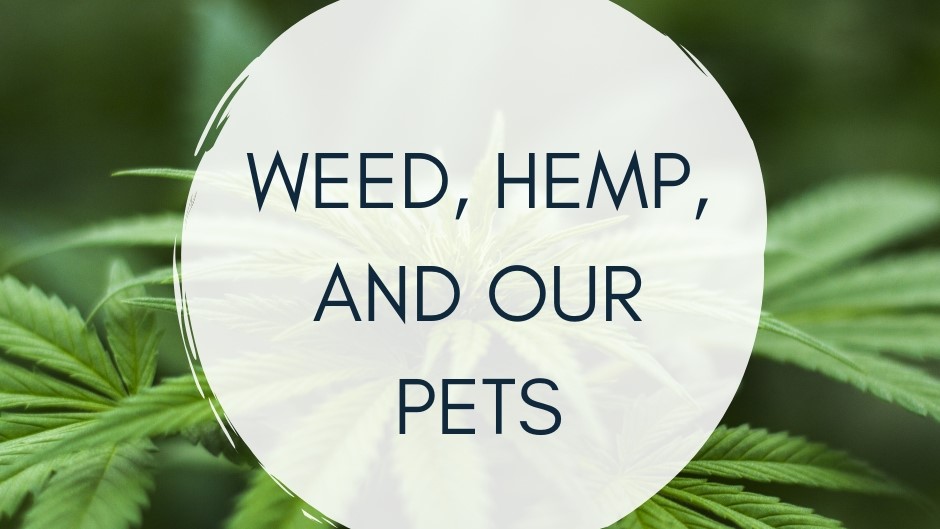 Most of the Pacific Northwest (Washington, Oregon, and British Columbia/Canada) has legalized marijuana use, both in recreational and medical use. Cannabis can be used in a variety of ways for humans; many might use it to experience life a little higher but for some, there are so many ways in which the drug has a positive effect on their anxiety, pain, or other medical issues. And there are some who have even started using CBD oil to help dogs and cats with anxiety and pain!

*I do want to say that while the rest of this post will look into cannabis and our pets, none of this should be construed as medical advice for your pets.

You should always talk to your vet before giving your pets something like CBD oil.

Additionally, giving pets things like edibles meant for humans is ill-advised, as pets have had negative reactions before.

To start, there are some general things to know about marijuana and hemp. First, hemp and marijuana are very similar (sister plants of sorts) but the primary difference between the two is the level of THC, the psychoactive component in weed that makes you feel high. As far as I’m aware, hemp doesn’t have any THC but it does have a component called cannabidiol, often referred to as CBD. So hemp plants and the products made from them won’t be getting you high but many have shared that CBD oil has helped with anxiety, pain, seizures, and more!

According to CBS Miami, CBD products that are made from hemp, and not marijuana, are actually legal in every state in the United States. At the moment, not every vet or animal professional will suggest using CBD oil for a pet’s pain or anxiety, in large part because the FDA still hasn’t approved any of these products for animals. As more states legalize marijuana and society’s mindset on the drug shifts, there’s a good chance that more studies around hemp’s effects on animals will happen, as we’re still in the beginning stages of research. More scientific studies on the medical effects of both hemp and marijuana can only further our understanding of how they both impact people and animals alike.

It might be tempting to see what your pet is like high but doing so will most likely put your pet at risk, especially if your pet eats edibles like pot brownies. The combination of chocolate, sugar, and THC will greatly and negatively affect your pet. Unlike hemp and CBD, marijuana can have a moderate to severe level of toxicity for your pet. Dr. Robert Proietto, a New York City veterinarian, spoke to The Dodo in June of 2015 and said:

“Marijuana toxicity is no laughing matter and if people note their dogs have gotten into it they should seek veterinary care immediately. … It is also important to tell the veterinarian the truth. No veterinarian is going to judge their client for being honest and we will never contact the police. We just want to know what is going on so we can treat the pet to the best of our ability.”

At the moment, there is plenty of anecdotal evidence that supports the notion that CBD oil helps with many medical issues in humans and pets alike. Pain, anxiety, and seizures all are things that many say are decreased with CBD oil made from hemp and because it doesn’t contain THC, it also won’t get you high!

Anecdotal evidence does suggest that CBD oil can help with pain, anxiety, and more but it’s important to remember that we’re still in the very early stages of truly understanding the effects of hemp and CBD oil on both humans and animals. Talking to your vet before starting any CBD treatment will be incredibly important, especially since not every pet will have the same reaction to it! What might work for one person or pet might not work for another so it’s important to not take treatment of medical issues without talking to a medical professional first. That goes for humans and animals alike.

Again: I do want to say that while this post does look into cannabis and our pets, none of this should be construed as medical advice for your pets.

You should always talk to your vet before giving your pets something like CBD oil.

Additionally, giving pets things like edibles meant for humans is ill-advised, as pets have had negative reactions before.

There are no affiliate links in this post that benefit the author. 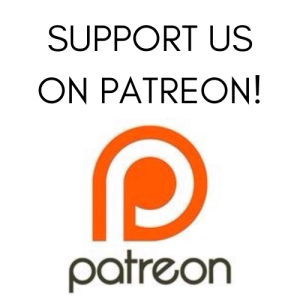