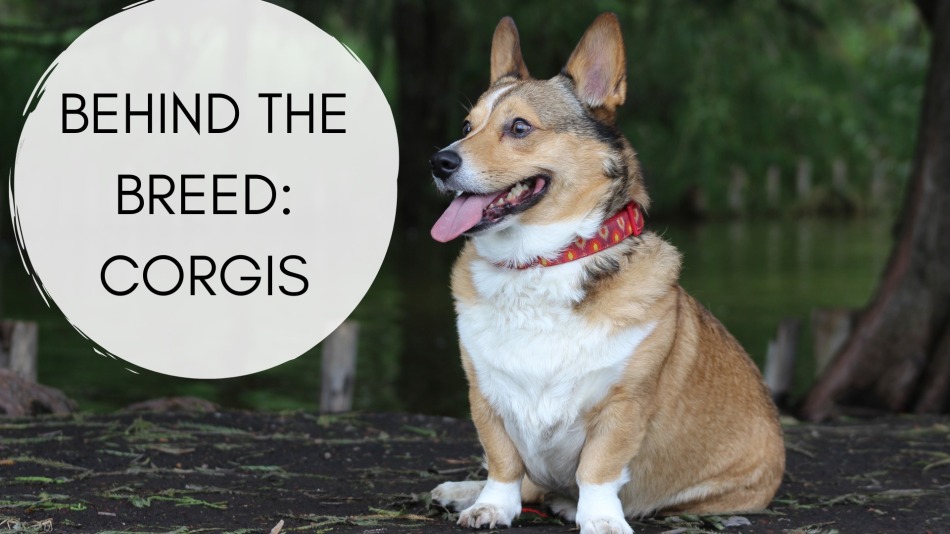 From the So Cal Corgi Beach Day at the Huntington Dog Beach outside Los Angeles to Cheddar the Dog on Brooklyn 99 to Queen Elizabeth II’s many corgis, this breed is beloved by many! Hailing from Wales, this breed’s name means ‘dwarf dog’ or ‘gathering dog’ in Welsh and there are many theories on the exact origins of corgis. They may have arrived in Wales with the Vikings in the 800s, with the Celts around 1200 BCE, or even with Flemish weavers in the 1100s. While the exact origins are not known, it is true that they are related to the same family of dogs that produced the Dachshund and Basset Hound!

After arriving in Wales, corgis were bred as working/herding dogs and would help out around farms in many ways. Initially, they would help clear a path for cattle by chasing off predators. Later on, corgis would go on to help as herders, as their size allowed for them to nip at cattle’s heals and avoid being kicked! Additionally, corgis would also help guard and collect domestic fowl and made great family guardians and pets. 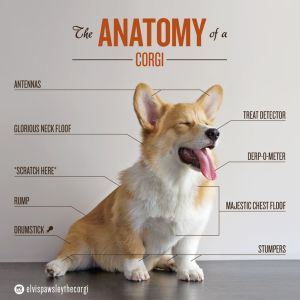 Today, corgis make great pets, even with their tendency to shed quite a bit. They have a medium-length double coat with a soft undercoat and slightly harsh outer coat. They adapt easily, do well in apartments, are friendly and affectionate, and are easy to train! They will need exercise in any type of house, as they can be very active indoors if not. Plus, they have a tendency to gain weight if given the chance to eat what they want.

Corgis tend to stand 10-12 inches tall at the shoulder and weigh around 25-35 pounds. They bark on occasion but are usually pretty great with cats, other dogs, and children. Because of their long backs and short legs, they shouldn’t be jumping up and down on couches or any similar things, as they might injure (or even fracture!) their backs. Many owners of dogs with short legs and long backs have ramps around the house so their dogs don’t injure themselves!

Pembroke Welsh Corgis descend from the Cardigan Welsh Corgi being crossbred with other breeds like the Schipperke, Pomeranian or the Swedish Vallhund. They have oval like feet, with their front feet remaining straight or even turned inwards. These corgis are either not born with a tail and if they are, their tails are often docked. This breed also tends to be shorter, weigh less, and has smaller ears. Their coats can be red, fawn, sable, or black and tan.

If you’d like to see what the different coats look like in this breed, the Cascade Pembroke Welsh Corgi Club has a great reference!

Cardigan Welsh Corgis have round paws, with front feet that curve outwards. They also have tails and they tend to be slightly heavier but more active. Their coats are also different in some ways, as they can be red, brindle and sable, black or blue merle. Cardigans also make slightly better watch/guard dogs than Pembrokes.

Ultimately, corgis are incredibly cute and wonderful dogs. Like other dogs with long backs and short legs, you have to be careful of them jumping on and off different surfaces and their double coats mean they can shed quite a lot during the year. But even with all that and their stubborn tendencies, this breed can make a great family dog or companion! If you’re looking for a dog you can go for walks with and work on training and tricks, a corgi might be for you.

0 comments on “Behind the Breed: Corgis”