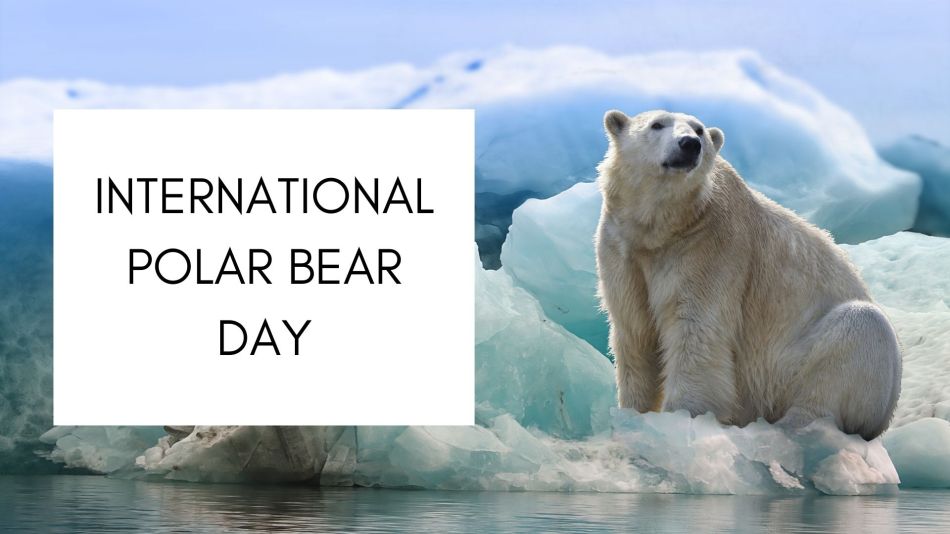 Started by Polar Bears International, today is an annual event that’s celebrated to raise awareness about polar bear conservation. Climate change has made life for these iconic animals incredibly difficult and they’ve become the face of the negative consequences of global rising temperatures and melting ice.

Polar bears are the largest bears in the world and can be found in the Arctic. Their Latin name is Ursus maritimus, which translates to ‘sea bear’ and is the perfect description of the species! These bears spend a significant amount of time in or around the ocean and they are incredible swimmers. Their diet is primarily composed of ringed and bearded seals, which the bears catch in the water and pulls back up on the ice or land to eat.

The white color of their coats helps with camouflage against the snow and ice of the Arctic and it comes from their layers of fur, which are hollow and reflects light. Like double-coated dogs, polar bears have two coats, a topcoat of guard hairs and an undercoat of soft fur. Surprisingly, a polar bear’s skin is actually black! Under all that, they have a thick layer of fat that helps keep them warm while swimming and in the cold winters.

Unlike other bears, most polar bears don’t den! Polar bears have access to food (seals) throughout winter and don’t need to hibernate to save energy. The exception is pregnant polar bears who den with their newborn cubs who couldn’t survive the cold and need a warm protected area.

Polar bears are just one of the many species that are negatively impacted by climate change. For these bears, their survival is dependent on the sea ice, as it gives them easier access to the seals they need to eat. As the ice melts and the world gets hotter, the polar bears are starting to starve and the Arctic populations are facing near-extinction within just a few decades.

There are so many heartbreaking photos and stories of polar bears struggling to survive in this new warming world. But we can do something to help polar bears, other animals, ourselves, and the earth. Fighting climate change is vital, as it’s an imminent threat to all species.