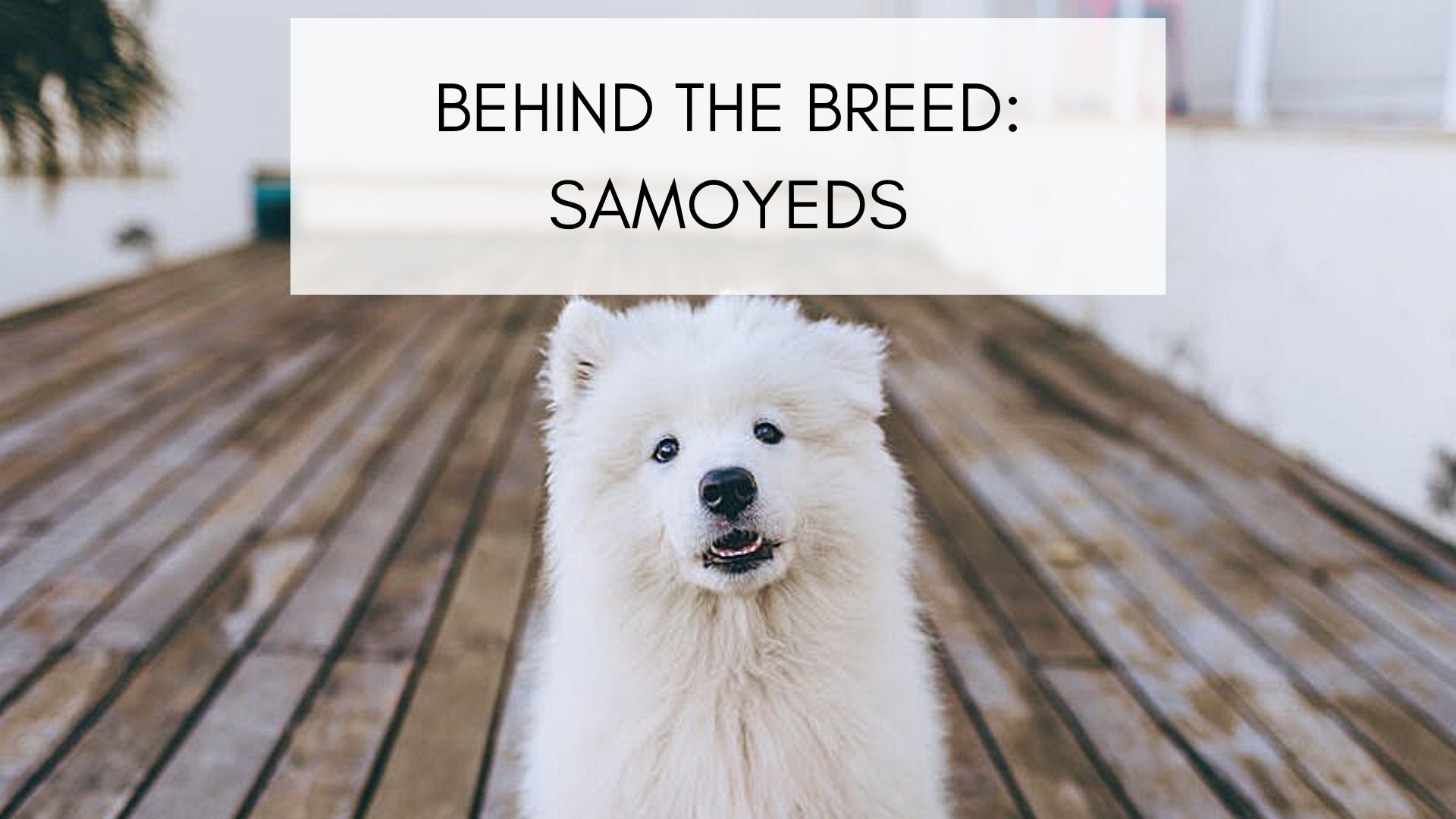 These white, fluffy dogs are known for their friendly, goofy nature. Bred initially for pulling sleds and other tasks, Samoyeds thrive in colder climates and often love snow. In fact, their history as sled dogs is why they’re one of the oldest domestic dog breeds (often known as Ancient Breeds). If you want a lovable, funny companion and you’re willing to invest in training, a Samoyed might be the dog for you!

The Samoyede people were nomads and lived in northwestern Siberia with the ancestors of the Samoyeds. These dogs were used to pull sleds on snow and tundra, allowing the Samoyede people to travel. They were also bred to herd reindeer and hunt! At the end of the 19th century and early 20th, Samoyeds were used in expeditions on Antarctica and in the Arctic because of their sledding skills and ability to survive in cold climates. In fact, some Samoyeds joined Sir Ernest Shackleton’s famous Antarctic expedition!

One of the downsides of Samoyeds is their thick, double coats that shed a whole lot. They’ll need daily brushing when shedding their winter and summer coats but weekly brushing the rest of the year. Baths should happen a couple times a year (or as needed) and can be a bit of an endeavor! It takes time to wash, shampoo, and dry the thick coats of these dogs. Their thick coats also mean these dogs are sensitive to heat and sometimes don’t do well in warmer climates. On hotter days, don’t do strenuous activity during the day and instead, take walks in the early morning or evening when it’s cooler.

Samoyeds love being with their people and being included. They need daily leashed walks and play sessions in a fenced yard, as they have a tendency to run off and explore or chase squirrels and other small mammals. That intense desire to be included means that these dogs will not do well if left alone for long periods of time and their size and energy don’t make them good apartment dogs.

In addition to exercise, enrichment, training and socialization are important for these dogs. Their intelligent and mischievous nature combined with a desire for attention means they can be quite destructive if left alone for an extended time. They’re also pretty vocal dogs and love to bark and sing.

Having been around for a long time, Samoyeds nowadays are great family dogs and love to be included in activities. They’re goofy and intelligent, meaning that they’re more than capable of destroying things if left alone for too long but great companion dogs! These dogs and their iconic white coats would be a great fit in any active home.

0 comments on “Behind the Breed: Samoyeds”