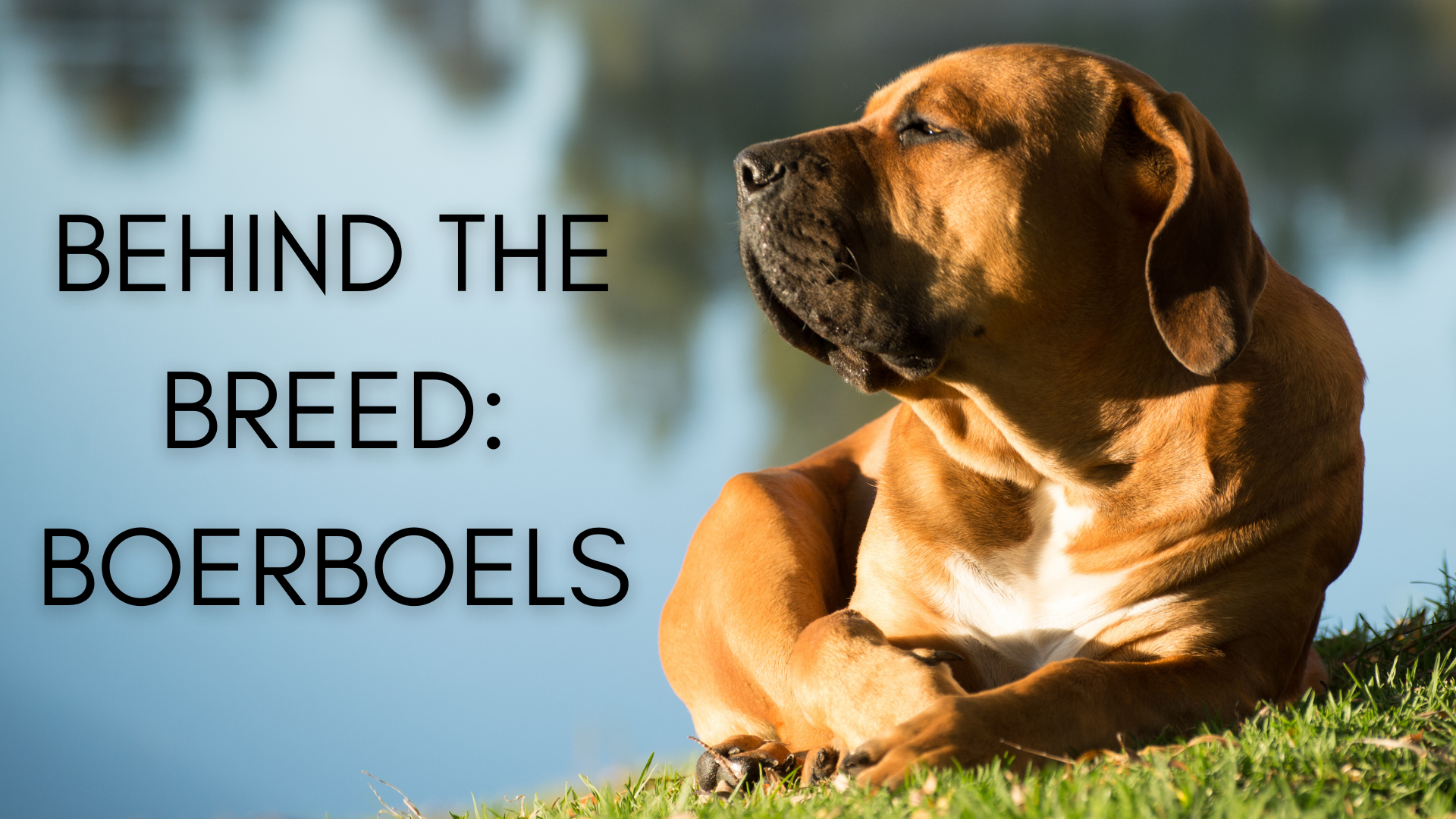 Because of their muscular appearance and blocky head, these large dogs can easily be confused with Cane Corsos or other mastiff types. But Boerboels are their own, unique breed with origins in South Africa and Europe (through colonization). Boerboels, which roughly translates to “farmer’s dog”, are tough, confident, and discerning dogs with plenty of intelligence and loyalty. While they might seem terrifying, Boerboels can actually be great family dogs. However, these dogs can get quite large and are very athletic – an active home with a fenced yard for them to roam is definitely the perfect place for a Boerboel.

Dutch and German settlers starting arriving in what is now South African in the mid 17th century and brought along large guarding dogs of different breeds (particularly Mastiffs and bulldogs) to protect remote farms and homesteads. And when the British moved into the area in the early 19th century, they brought along bulldogs and other mastiffs. Eventually, these European dogs bred with the local domestic dogs over a few centuries and the Boerboel was born!

Boerboels are pretty rare outside of South Africa and were only recently admitted to the American Kennel Club. The American Boerboel Club was established in July 2006 and it wasn’t until December 2014 that the breed became eligible for AKC registration. They’re a part of the working dog breed group and like others in that group, thrive when given a job or activity to accomplish. If they get bored or if left alone for too long, Boerboels can get destructive and with their size and stature, they can easily cause a lot of damage.

Once fully grown, Boerboels are often 22-28 inches tall at the shoulder and usually weigh 110-200 pounds. With daily exercise and play, these dogs are pretty easy to care for. Like any breed, they need regular nail trims and teeth brushing. You’ll also have to check their ears for debris and wax buildup every week and clean as needed to avoid an ear infection. With their short coats, Boerboels are easy to groom and usually just need the occasional brushing/bath.

These dogs are not great for apartment life or novice owners because of their size and temperament. They’re extra-large, strong-willed, and active, which means they need a confident, assertive owner willing to work on training and plenty of space to run around. Despite their size and muscular stature, Boerboels are great family dogs, as they’re protective of their people without being aggressive in normal situations and do well with children (as long as those kids are respectful of their space!).

Have you ever had a Boerboel before? Let me know in the comments!