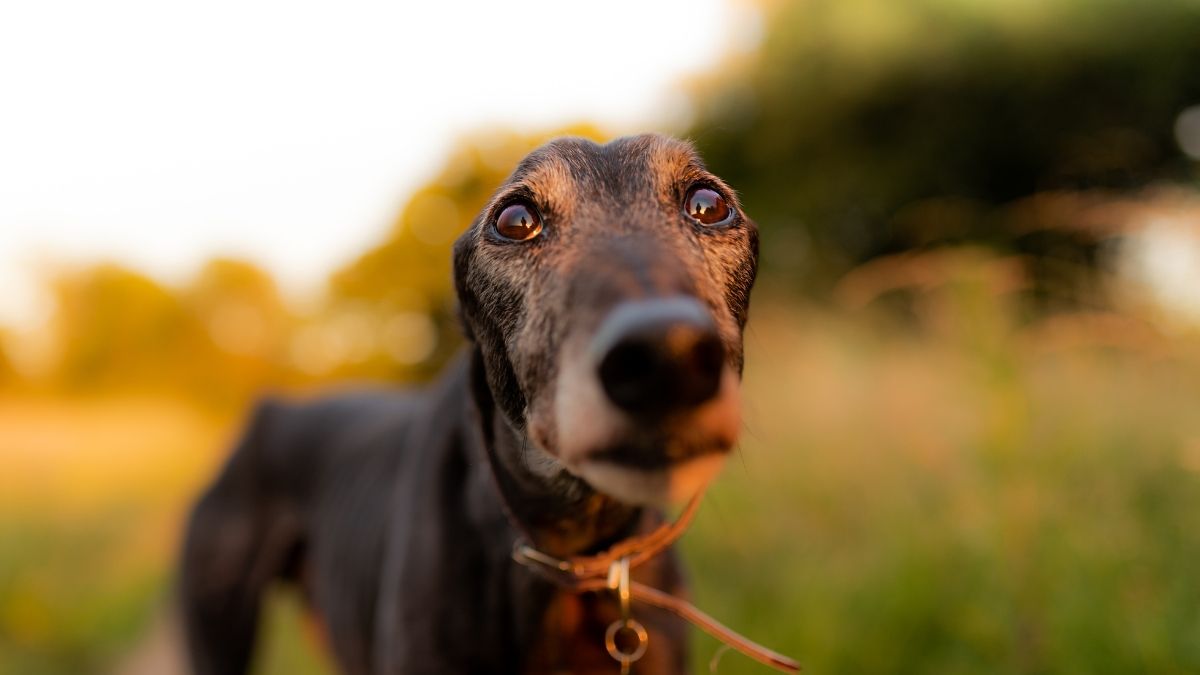 As the fastest dog breed in the world, greyhounds are one of the most iconic and loving breeds. Because of their long legs and narrow bodies, these dogs can run up to 45 miles an hour and there are plenty that end up in the racing industry. Despite their fast running skills and large but skinny body, these dogs do surprisingly well as family dogs and in apartments. As far as temperament goes, greyhounds are gentle giants with an independent but affectionate spirit.

Some archaeological evidence dates greyhound ancestors back 8,000 years to the Middle East. Eventually, ancient Egyptians, Greeks, and Romans likely had greyhound-like dogs and similar dogs were found throughout Europe by the ninth century CE. The breed was used as hunting companions and was bred to outrun their prey, which is why they’re so fast nowadays. Current greyhounds stand 24-30 inches at the shoulder, often weigh 50-85 pounds, and have a lifespan of 12-15 years.

As far as daily care goes, greyhounds are pretty easy and chill dogs. Their short coat only sheds a bit and needs the occasional once over with a soft brush and the rare bath. But like all other dogs, greyhounds dog need their nails to be regularly trimmed, good dental care, and ear cleaning. A warm sweater will be beneficial during the winter if you live in colder climates, as these dogs can get cold. Unfortunately, greyhounds are prone to a few hereditary health problems like gastric dilatation-volvulus (the tendency to produce gas and bloat), hip dysplasia, osteosarcoma (an aggressive bone cancer), and arthritis. They’re also sensitive to many chemicals and drugs, particularly anesthesia and insecticides.

While this breed is known for its speed, greyhounds aren’t overly energetic like other breeds. As excellent athletes with a high prey drive, they do love to run so any off-leash time should be in a securely fenced-in area. Otherwise, they may just take after a small animal and their fast speed means they will outrun any human. Slower activities, like walks and hikes, are often enjoyed by greyhounds and they also enjoy naps and time at home, making them great companions for a wide range of folks!

As a whole, greyhounds are very sensitive and emotional dogs that are intelligent and easy to train. Positive reinforcement training and praise can definitely help with teaching any greyhound some manners and tricks. If not properly socialized, they can be a bit timid around strangers (both human and canine) but exposure to a wide variety of settings and people can help. While they are usually good with children, greyhounds aren’t particularly fond of rough and tumble play so any children should be told to respect the dog’s boundaries.

Racing greyhounds have a very different life than most companion dogs, including other greyhounds. For the first few years of their life, racing is all they know and they spend a lot of time in a kennel. Most racing greyhounds haven’t seen the inside of a home and often don’t understand things like stairs, glass doors, or that cats and other small animals are actually part of the pack. It can take some time for a retired racing greyhound to adjust to life outside the tracks but eventually, many of these dogs become gentle and friendly companions! Sadly, there’s no real data on how many racing greyhounds are adopted, euthanized, or used in science experiments after their retirement but there are plenty of organizations that work to get retired greyhounds adopted into loving homes.

Greyhounds are an old breed and the fastest dogs on the planet. With the ability to run as fast as 45 miles an hour, many greyhounds start life as racing dogs before being retired at 2-5 years old. If you’re looking for a wonderful companion who is up for a walk, hike, or just a run around the yard before a nap on the couch, a greyhound would be a great dog for you! And despite their large size, these dogs can thrive in an apartment or urban setting.

2 comments on “Behind the Breed: Greyhounds”