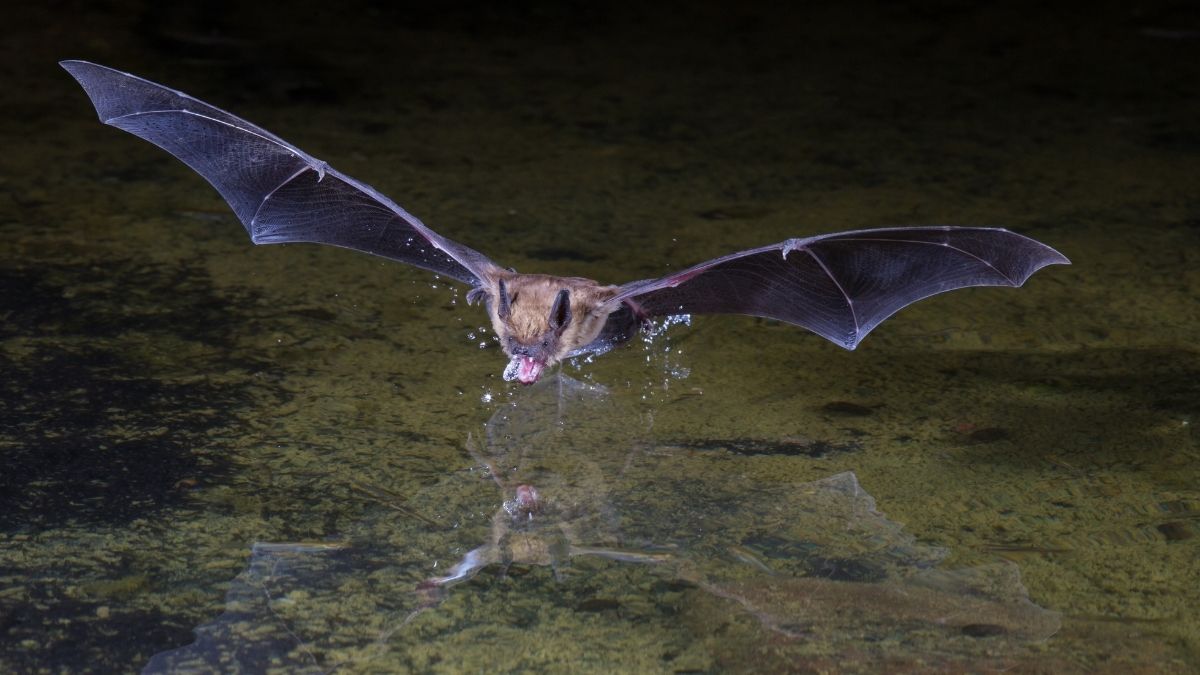 Washington and Oregon are home to 15 different bat species and while these mammals are the primary carriers of rabies in the area, bats are an important part of an ecosystem and are vital pollinators too! These animals are the only flying mammals and like some other animals, bats hibernate during the winter, usually doing so for 5-6 months. Bats are also known for their echolocation abilities, as they use ultrasound waves to navigate and find insects. Unlike popular belief, bats aren’t actually blind but they do have sensitive vision. Between echolocation and their vision, bats are able to navigate in the dark in ways humans aren’t.

As the largest bat in the region, hoary bats have a 16 inch wingspan and dark fur with white tips, a dark mask on its face, and a yellow-orange throat. This species has a lower echolocation than other bats that’s adapted for long range detection of prey and they tend to mainly forage in open spaces. Studies of this species suggest they have a preference for moths but they also eat leaf hoppers, true bugs, mosquitoes, and other insects in lesser amounts.

This species is medium in size with dark fur that’s tipped with silver or white (thus the name) and has a wingspan of 10-12 inches. Silver-haired bats live in wooded areas and mature forests around the United States and their diet consists of moths, flies, beetles, leafhoppers, and neuropterans. Unfortunately, this species is vulnerable to climate change and human activity, like deforestation, drought, and changes in precipitation.

There are seven bat species of the Myotis genus that live in Washington or Oregon. Each one is small, with a wingspan less than 10 inches long. The Little Brown Bat is one bat species in this genus and as you might imagine, are quite small. This might be the bat species you find in attics or buildings during the summer, as those are places they tend to build maternity colonies.

Other myotis bats include the long-eared myotis, a slow flier that can be found around Oregon’s coniferous forests, the long-legged myotis, a fast flier that will actually chase insects over a long distance, the fringed myotis, which has fringed hair at the bottom of their tails, and the California myotis, a rather acrobatic flyer.

Unfortunately, bats in the Pacific Northwest have faced a deadly disease over the last fifteen or so years. This disease, which has killed millions of bats in the region, is called White Nose Syndrome (WNS) and it’s caused by a fungus called Pseudogymnoascus destructans. Seven North American bat species are affected by the fungus and it’s thought that the fungus originally came from Europe.

As you might imagine, White Nose Syndrome got its name because of the white fungus that grows on the infected bats’ muzzles and noses. Even before the fungus starts appearing, infected bats are already dealing with other symptoms, like acidification and dehydration. Bats can be infected through physical contact with already infected bats or from the surfaces where they’re hibernating. While humans aren’t affected by the fungus, we can accidentally spread the fungus from site to site through shoes, clothing, or gear.

While bats can transmit rabies and other diseases to humans and other animals, there are ways we can coexist with them. These flying mammals are critical pollinators in any ecosystem they exist in and help keep insect populations down. Some bats can even eat 1,000 insects an hour!

If you come across a bat out in the wild, leave it be and admire it from a distance! Keeping your distance is for you and the bat’s health and safety. In Washington, you can also report sick, injured, or dead bats through this online report, which goes to the Washington Department of Fish and Wildlife, and need to report any contact/injury with bats to the Department of Health. And if possible, try to avoid places where bats may be hibernating in the winter, as disturbing them can cause bats to lose 10-30 days of hibernation. In many places, bats tend to hibernate and live in caves; central Oregon, for example, is home to over 700 different caves! Make sure to keep that in mind the next time you go cave exploring, especially since caves are particularly sensitive ecosystems.

As mentioned, bats are pollinators and tend to pollinate plants that bloom at night. While these mammals are important pollinators in warmer climates, like the Pacific Islands, they also help plants by eating mosquitoes, beetles, and other pests that can damage crops. Some plants they help pollinate include goldenrod flowers, honeysuckle, evening primrose, and French marigolds. There aren’t any native fruit bats in the Pacific Northwest but fruit bat species are important in warm climates and can pollinate fruits like mangoes, bananas, guavas, cashews, peaches, and so much more.

Because bats are nocturnal, they rely on plants that bloom at night and are attracted to large, pale colored blooms that are 1-3.5 inches in diameter. They particularly like nectar rich blooms that have a highly fragrant smell with a musty/fruity aroma and many of the flowers are bell shaped. Some bats have even evolved to specifically reach in the nectar at the bottom of bell/funnel shaped plants. In the American Southwest, bats are particularly important to plants like the organ pipe cactus and agave plants.

Ultimately, bats are a vital part of the ecosystems they live in and can pollinate many plant and fruit species in addition to keeping many insect populations to a healthy number. There are roughly 15 native bat species in the Pacific Northwest, with most having a wingspan less than 16 inches long. While bats are the biggest spreader of rabies in the area, there are still ways we can safely co-exist with them. Precautions can help keep humans, our domesticated animals, and bats all safe and happy!

2 comments on “Bats of the Pacific Northwest”