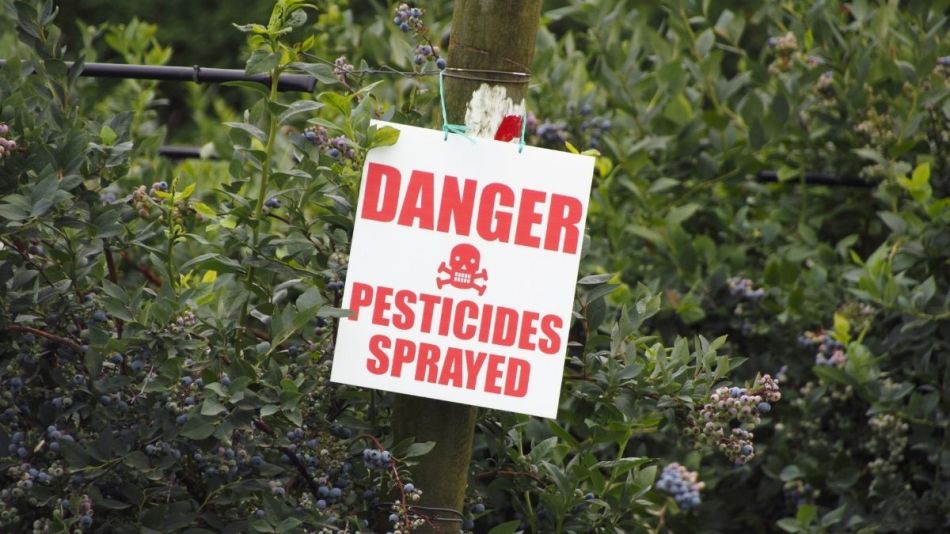 Pollinators like bees, hummingbirds, bats, and butterflies are all facing threats to their existence and many of their populations are on the decline. Between habitat loss, non-native and invasive species, modern agriculture, pesticides and herbicides, and climate change, pollinators (and many other species) are having a difficult time surviving and many are considered threatened or endangered.

As human development grows and climate change drastically alters ecosystems, pollinator species are facing habitat loss all over the world. Land being used in different ways, such as mining, agriculture, or development, may not have what pollinators need, such as foraging and nesting sites or the wide range of food sources that pollinators rely on.

An unfortunate side effect of global travel is that different plant species have a tendency of hitching along and taking new roots in brand new environments that are thousands of miles away. The problem with non-native plant species in regards to pollinators is two-fold. One, these plants might attract pollinators away from the more nutritious, native plants that are better food sources. Two, non-native plants also compete with native plants for resources, including soil/land, sunlight, pollen, and water. Invasive plants are defined as “a plant introduced to an area from another part of the world (i.e., non-native), spreading aggressively and negatively impacting native species and overall ecosystem function”. These plants can easily choke out native plants, resulting in less nutritious opportunities for pollinators and other animals.

It’s not just non-native plants that play a role. Non-native animals also have a negative effect on ecosystems and thus, on pollinators. Some non-native animals, like European rabbits in Australia, thrive in new ecosystems that have the perfect combination of climate, food, and a general lack of predators for that invasive species to thrive. And when these animals do thrive in new environments, there are numerous effects like loss of habitat, a drastic change in the environment, or the killing of endemic species in large numbers.

Farming has drastically changed in practice over the last century or so and in addition to using pesticides and other chemicals, modern agriculture has also thoroughly changed ecosystems all over the world and resulted in issues like decreased soil quality and a loss of biodiversity. Producing almonds in the US, for example, takes a significant amount of honeybees but for some reason, more than a third of commercial US bee colonies died in the winter of 2018/19.

Having a single crop and no wildflowers for hundreds of acres are both detrimental to pollinators, especially for wild bees. Unlike most commercial honeybees, the many bee species in the wild are specialists that are faithful to certain plants and limited by geography. Talking to Inside Climate News, Neal Williams, a bee biology professor at the University of California, Davis, stressed the importance of a “healthy pollinator habitat [that] would include a variety of blooming flowers, as well as open spaces where wild bees could burrow and nest without the threat of tillage, herbicides, and pesticides”. But farming today lacks that sort of habitat and many farms have turned to monoculture fields, which severely limits the food supply for pollinators.

Like other pollinators and other creatures, bees are also very sensitive to pesticides and can be affected by these chemicals even months after they were applied. And there are so many direct and indirect ways in which pesticides and herbicides can negatively impact pollinators. In addition to potentially killing pollinators, pesticides and other chemicals can contaminate pollen, kill important forage plants, or even hamper a pollinator’s ability to navigate.

Climate change is another threat that pollinators face, as it can be tied to rising global temperatures, habitat loss, rising sea levels, an increase in major wildfires, and the extinction of many flora and fauna species. Rising temperatures, for example, have disrupted both flowers and bees, resulting in timing mismatches. This timing disruption means that plants are blooming at different times of the year and bees aren’t there to pollinate them.

The rising temperatures have also had a negative impact on bats and hummingbirds, as certain species have started to abandon their native habitats for cooler and more stable environments. For hummingbirds, warmer temperatures are dangerous because the birds have to regularly find shade to cool off. But that time away from eating nectar is dangerous since their high metabolism requires they eat almost constantly. And for bats, the rising temperatures impact their hibernation cycles and ultrasonic hearing. This impacts how successful a female bat is to give birth and raise her young and if some species are able to use echolocation to find prey.

The good news is that there are ways to move forward and action is definitely needed for any and all pollinator species. A diversity of habitats and plants can provide the nutrition and protection that different pollinators need and when there’s a range of wild pollinators in an area, there’s increased stability in pollination. These same habitats also need to be high quality and in all sorts of environments, like urban areas, along roads, and agricultural areas.

It’s also not enough to simply plant trees to counteract climate change, as we need to protect and restore nature and biodiversity. Ecosystems all around the world need complex layers of biodiversity and native species to survive. One savanna in Brazil, for example, has been replanted with monocultures of eucalyptus and pine as a way to meet a reforestation goal. But that area doesn’t need these trees and the ecological restoration of the tropical savanna depends on growing native grasses and other plants.

0 comments on “The Problems For Pollinators”