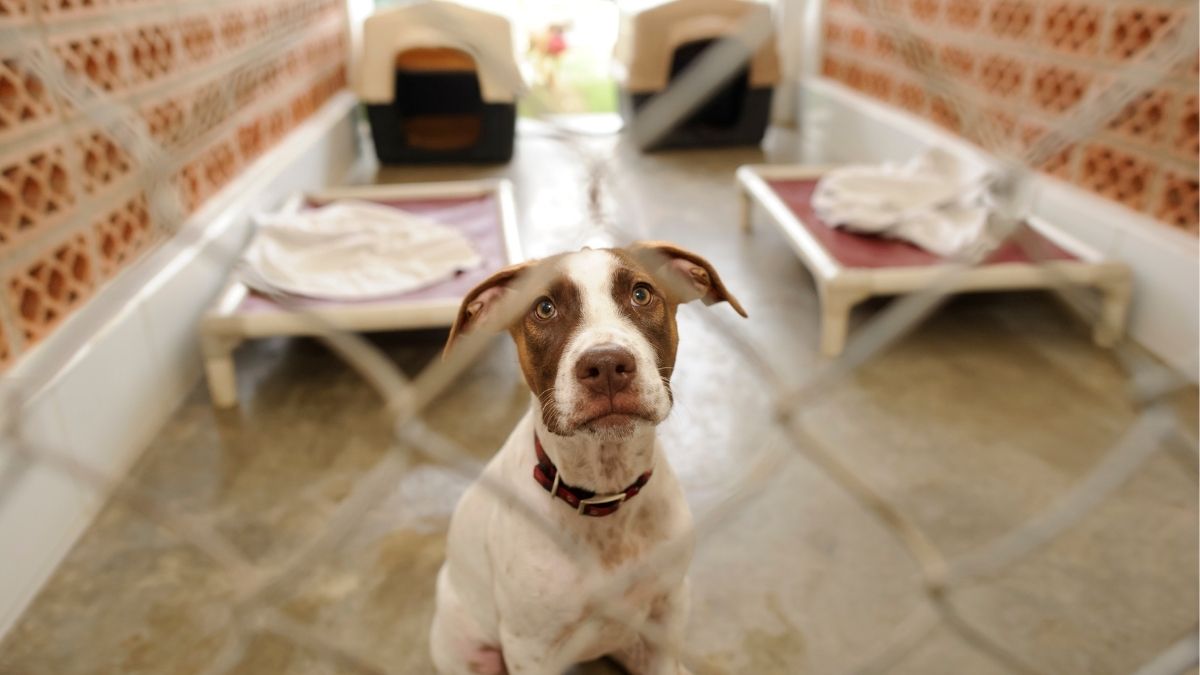 There are many different ways you can bring a new pet home. It’s become more and more popular to adopt a rescue pet from shelters and rescue organizations and this is particularly necessary, as the ASPCA estimates that 6.5 million companion animals enter shelters each year. While a good portion of those animals are strays and returned to their families or are rescues that found new homes, roughly 1.5 million dogs and cats are sadly euthanized. Adopting a rescue animal can literally save their life and free up resources for the organization to help others.

However, some might find their new pet through breeders. The conversation around shelters versus breeders isn’t black and white and like any complicated subject, there are some gray areas. Are there terrible breeders and for-profit pet sellers? Absolutely. But there are some great breeders too.

The legal case of Avenson v. Zegart (1984) established a legal definition for puppy mills as “a dog breeding operation in which the health of the dogs is disregarded to maintain a low overhead and maximize profits”. Puppy mills, by many accounts, are these horrific places where dogs are treated inhumanely in so many ways.

These commercial breeding facilities don’t just treat the animals in their care poorly in emotional ways. Lack of proper veterinary care, unsanitary environments, and overcrowded cages have resulted in animals from these places getting incredibly sick. In fact, the CDC has investigated some pet stores, as there has been an outbreak of an antibiotic-resistant infection that has spread to 30 people in 13 different states linked back to pet stores that sell puppy mill animals.

Needless to say, puppy mills should not be supported in any way. But it’s not as easy as you might think, as there’s also a puppy pipeline that helps to pass off commercially bred puppies and dogs as ‘rescues’. Puppy laundering funnels puppy mill animals through fake nonprofits to pass them off as adoptable or rescues. Additionally, puppy mills and backyard breeders have started to get a USDA license for their operations but this license is problematic. The USDA is one of the federal agencies that enforce the Animal Welfare Act but there aren’t enough inspectors in the US to make policy enforcement a reality.

Undercover footage released in November 2020 by the Humane Society of the United States revealed that USDA licensed dog ‘breeders’ provided woefully inadequate living conditions for their dogs. While these facilities do technically comply with the USDA’s minimal and utterly insufficient standards, these conditions aren’t ideal for raising happy, healthy dogs. Like humans, dogs are social and intelligent animals that have their own unique needs. Being cramped in barren cages with a bunch of other dogs isn’t good for a dog’s wellbeing and can result in some stereotypies (abnormal and repetitive behavior) or other problems.

The good news is that there are ways to find out if your local pet store, breeder, or nonprofit is selling puppy mill animals. The ASCPA has a list of resources on the topic, including this infographic on how to find a puppy. But there some other tips on finding a great breeder if you decide to go in that direction.

Any reputable breeder will be focused primarily on the health and development of their dogs, which can mean doing genetic tests and medical screening to make sure any possible breeding dog is healthy. This also means these breeders are devoting time and resources to a proper and high-quality diet and clean, humane living conditions for their dogs. When you find a breeder you potentially want to adopt from, here are some steps to make sure they’re focused on the welfare of their dogs.

First: In addition to doing plenty of research, get advice from folks who’ve gotten a puppy from a breeder and see who they recommend.

Talk to neighbors, family, and friends that you trust! Word of mouth can really make a difference, as people who’ve gotten a dog through a breeder have their own research and experiences. Additionally, there are breed clubs that often have recommendations for breeders that work with their specific breed. The American Kennel Club has a search function and directory for clubs based on breeds, type of training, and competition.

Second: Once you’ve found one, make the trip out to the breeder’s home or facility.

Websites, emails, and phone calls can, sadly, be misleading. Any responsible breeder will have nothing to hide and should, in theory, love you to see where your puppy (and their dogs) is living. If the breeder refuses to have you visit, doesn’t allow you to see the puppies and their parents, or recommends a different location for pick up, that is a big red flag that something is wrong. Covid 19 has, of course, changed things over the last year and a half but there are still ways to keep everyone safe!

Any responsible breeder will want to make sure that the puppies and dogs are all in good health, which will mean waiting between litters and after litters have been born. Most puppies won’t be able to go home with you for a few months at least, as newborn puppies still need their mom in the beginning, and anyone trying to send a puppy to their new home when they’re younger than eight weeks old is a massive red flag. Additionally, there will probably be a wait between litters so the mom gets some rest. Constantly churning out litter is not good for any dog! All of this is to say that waitlists with some breeders are a good sign that the dogs are well taken care of.

Good breeders will also screen potential owners and take their lifestyles and needs into consideration. They also might require a purchase contract with things like a spay/neuter clause, a health guarantee, and even an agreement to return the dog to the breeder if the owner cannot care for them. The screening process and the contract might seem intensive and excessive but in reality, show that the breeder is dedicated to the health and overall well-being of their dogs, even when they leave. It may seem annoying to jump through so many hoops to get a dog but doing so can verify for you and the breeder (or even rescue group) that the dog is going to the best home for them.

If you think something’s wrong with a breeder (or even a rescue), trust your gut. Questions are important during this process and some good ones to keep in mind include:

Be honest with yourself and don’t give in to the pressure of making a decision. Bringing a new pet home is a huge decision and you shouldn’t feel rushed into making it.

While shelters and rescues both adopt unwanted, given up, or stray pets, there are some slight and general differences. Local governments tend to operate and fund shelters and these organizations are run out of one facility where the animals usually live until they’re adopted. On the other hand, Rescue groups are usually privately owned and operated by volunteers and can rely on a system of foster homes to temporarily house their animals.

Unfortunately, not every rescue is good and some can actually be hoarding situations or just internet scams. Additionally, some puppy mills are resorting to scamming people into adopting puppy mill dogs through fake rescue groups. Puppy laundering, as this process is known, relies on a variety of middlemen to disguised the origins of where the puppies come from. This process makes it difficult to see the terrible conditions where the adult dogs are living and how the puppies start their lives.

For example, Hobo K9 Rescue and Rescue Pets Iowa Corps, two Iowa-based nonprofits, were owned by or affiliated with a notorious breeder. It actually got to the point where the Iowa Attorney General’s Office sued the nonprofits to shut them down. In compliance with a consent judgment, the rescues were eventually dissolved in the spring of 2020.

The red flags to look out for in shelters and rescues are similar to breeders and include not keeping up on health checks and necessary medical care (like vaccinations, deworming, and spaying/neutering), high fees with no explanation, and not having an adoption application or questions for potential adopters. Finding a reputable animal rescue for both adopting or surrendering a pet is important for the safety and well-being of the animal. And with adoption fees, there’s no exact and universal number but any shelter not willing to share what the fee is spent on should warrant a closer look.

Shelters, rescue organizations, and responsible, reputable breeders all have the same goal – finding the right home for the pets in their care. While it’s true that you should not support puppy mills or irresponsible breeders, getting a pet from a shelter or breeder isn’t as black and white as some might think and it can be easy to unintentionally get a puppy mill dog disguised as a rescue. Getting a dog from your local rescue or shelter is incredibly important, as it saves their life and others. But adopting from a breeder isn’t a universally terrible thing.

Unfortunately, this is a complex issue but doing your research and asking the right questions can cut through some of the bullshit. Have you ever had a bad experience with trying to adopt a pet?

0 comments on “Shelter, Rescues, and Breeders: Oh My!”