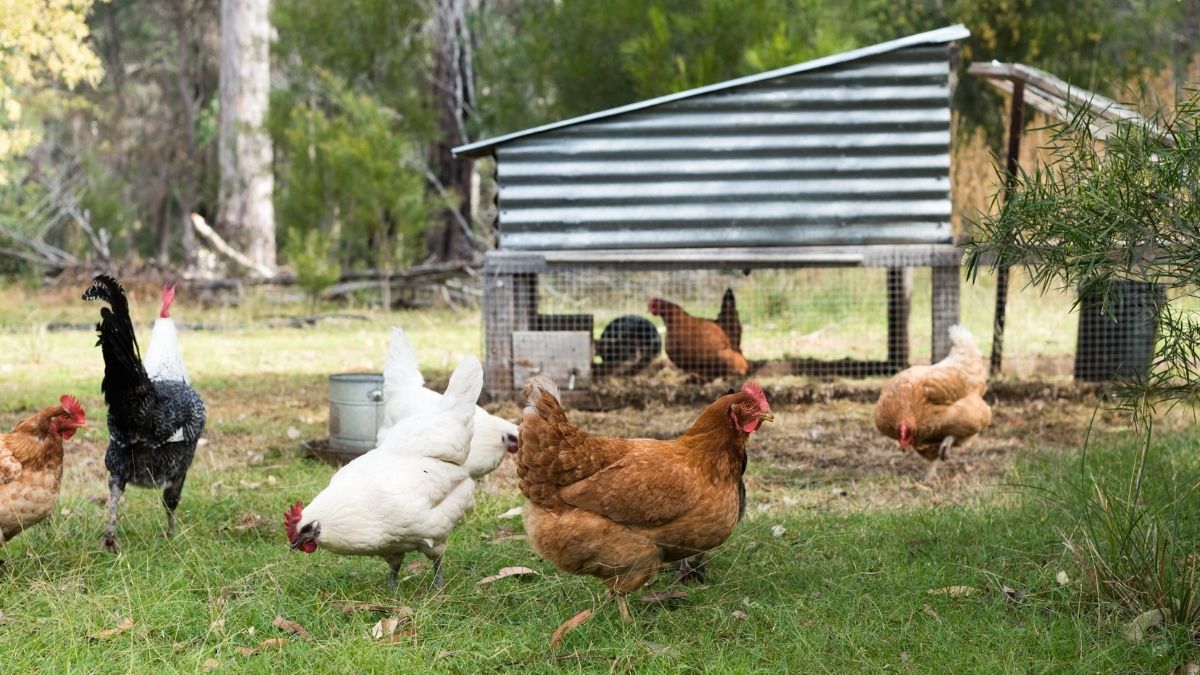 Having chickens is a lot of work but it can be so much fun. These birds end up having funny personalities and many lay some great-tasting eggs! While there are plenty of good reasons to have chickens around (eggs, their poop turns into great compost, they can help garden, etc), there are some downsides to these birds. One such negative is dealing with the pests, like rats, that are attracted to any and everything that chickens and their homes bring.

The first step in dealing with pests in or around your chickens’ coop is knowing what species you’re dealing with and some basic facts about them. In addition to rodents, animals/insects that are drawn to chickens include flies, poultry lice, mites, ticks, ants, and predators like neighborhood dogs, coyotes, raccoons, and weasels. As far as predators go, it’s more likely that you might deal with raccoons, hawks, foxes, and bobcats.

Signs of rodents like rats and mice include bags of feed chewed open, mouse/rat poop, and nests. Rats have particularly tough teeth and they’re able to chew through things like chicken wire, plastic totes, wood, and drywall! For insects and parasites, you’ll notice that your chickens are losing their feathers (and not growing them back like when they molt), they seem to be uncomfortable and biting under their wings, or their feet seem to have thicker, scaly skin.

How To Deal With Pests

Protecting your chickens from unwanted visitors involves all sorts of preventative measures but if you’ve discovered that pests have made themselves at home already, there are ways to deal with them! For pests like rodents and parasites, you can use plenty of natural remedies that won’t indirectly affect the animals and people around the coop.

Many people might think to put rat traps and poison out to get rid of these rodents. But doing so can have some serious and indirect consequences on neighboring animals and even people. Owls, for example, have been dying after ingesting rats killed by potent rat poisons, often bleeding to death from stomach hemorrhages that can take days to kill them. And if they didn’t ingest enough to outright kill them, owls have become seriously ill. While you may not see these birds (or even like them), owls are incredibly important to any ecosystem and have been described as ‘our very best ally in the rat control business’. Owls aren’t the only ones that are affected by rodenticides. Deer, other birds, foxes, coyotes, bobcats, wolves, raccoons, dogs, house cats, and even children have accidentally ingested rat poisons and have either died or suffered serious injuries.

First and foremost, one of the best ways to not attract pests like rats is to eliminate their possible food sources and store chicken feed in strong containers, like metal bins. Don’t leave excess food out, particularly after dark, and any extra treats like fruit should be cleaned up as well.

Another thing you can do to discourage rats and predators is to make sure to keep the coop and yard clean and provide a safe structure for your chickens. Rats can make a home out of all sorts of debris or tall grass so try to clear out as much as you can. Additionally, predators like birds of prey, weasels, and coyotes would all enjoy a chicken meal so having a strong structure is important to keep your chickens safe. It’s also important to make sure your chickens are safe inside between dusk and dawn, as plenty of predators are active at night.

While rodenticides and insecticides are incredibly harmful to the environment and other living creatures, there are ways to naturally repel pests without causing unwanted harm. Parasites and insects like mites and fleas don’t do well with things like cedar, garlic, diatomaceous earth, lavender, rosemary, or sage. Sprinkle diatomaceous earth on the bottom of the coop and where the hens sleep at night to heavily discourage insects and parasites from living and laying eggs there. You could also sprinkle some diatomaceous earth where your chickens take dirt baths, as that’ll allow for them to get some all over to kill any mites or fleas that are on them.

Consider planting lavender, rosemary, sage, garlic, and other herbs/plants around the coop and using cedar chips inside. As mentioned, fleas and mites aren’t particularly fond of those smells and while that alone won’t prevent parasites, it can help deter them. There are sprays you can make and use on your coop, like a white vinegar and water solution.

While not something you can use directly, you can also support rat predators like owls can also help by providing perching spots or nest boxes that will encourage owls to move in. Additionally, some folks have also invested in barn/outdoor cats to help cull the rat population but there are plenty of other things to consider when you get an outdoor cat.

Ultimately, pests and predators are just a part of life with chickens. But there are plenty of ways you can deal with the different animals, insects, and parasites that might come around! Natural remedies like planting herbs, using cedar chips, sprinkling diatomaceous earth, or using a white vinegar and water solution can help keep flies, fleas, and mites away. And having an airtight metal container for food can limit where rodents might get food around your coop. Lastly, make sure to have a secure coop and run for your chickens, as there are predators like foxes and raccoons that might see your flock as their next meal.

2 comments on “Oh Rats! How To Deal With Unwanted Pests In Your Chicken Coop”