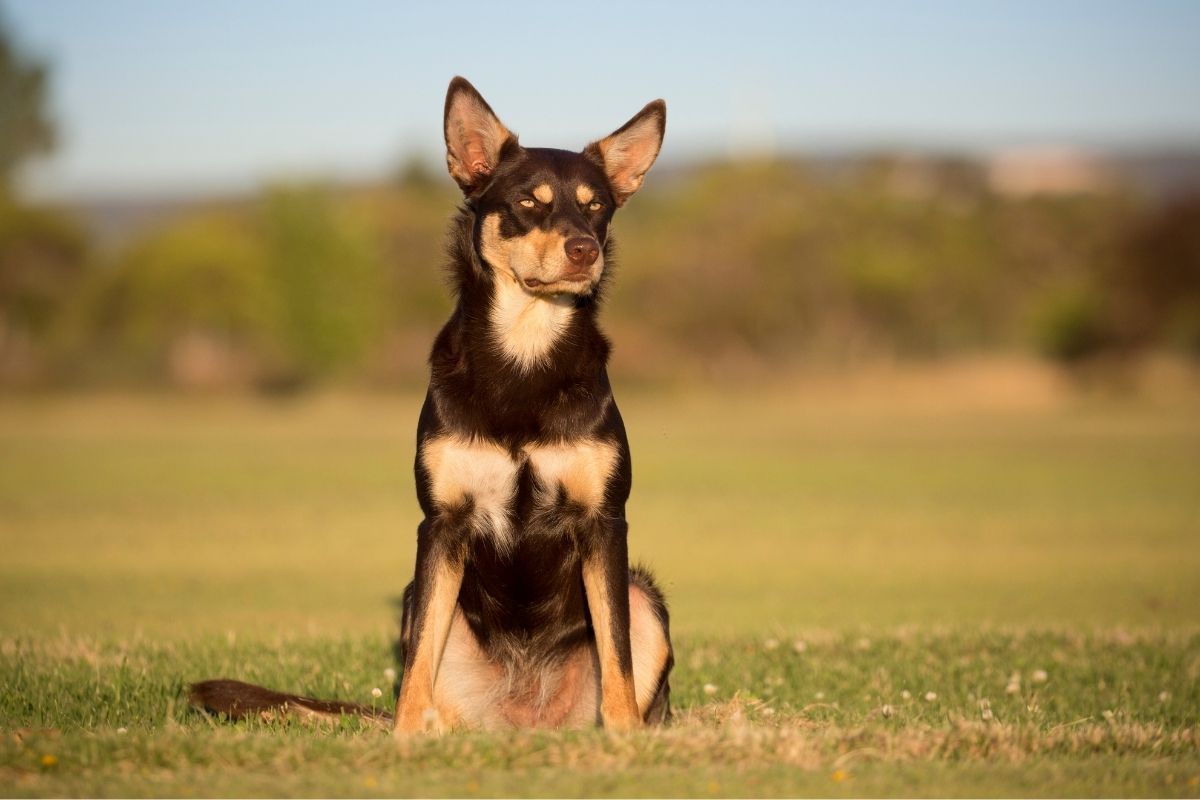 Like other herding dogs, the Australian Kelpie is an active, intelligent, and loyal dog with an unlimited source of energy. Kelpies are medium in size, often weighing 30-45 pounds and standing 17-20 inches tall, but what they lack in size, they make up for with intense stamina and endurance. Their ancestors hail from Scotland but the breed was really developed in Australia during the late 19th century to help ranchers.

This breed’s history, as mentioned above and in their name, has roots in late 19th century Australia. It’s believed that black collies imported from Scotland were bred with other breeds and possibly even wild dingoes to create the Australian Kelpie. The breed has been particularly helpful to Australian ranchers for the last century and a half, as Kelpies are well suited for hot climates and long days. The name goes back to a female dog named Kelpie who was considered to be a foundation to the breed. That dog was named after the Celtic mythological and shape-shifting aquatic creature.

Instinctually, Kelpies are fairly wary of strangers, territorial, and very loyal to their owners. These traits make them great watchdogs but if one is being kept as a pet, training and socialization are key to helping them understand how to act around people and other animals. This breed doesn’t generally do well with apartment life nor do they do well being left alone for long periods of time.

Without training, mental stimulation, and regular exercise, Kelpies can be rambunctious, difficult to manage, and destructive. But because of their intelligence and desire to work, these dogs often excel in training, dog sports, and intense activities like long hikes. Finding fun activities that can keep a Kelpie busy and active are key for caring for this breed. So if you have a very active life and can take a Kelpie along for all sorts of adventures, you’ll likely have a friend for life.

Kelpies have a water-resistant double coat that helps them regulate their body temperatures. These coats can be short, rough, or smooth in texture and come in a variety of colors and patterns. Despite their double coat, grooming a Kelpie can be relatively easy and they generally only need to be brushed once or twice a week and more during the spring. Kelpies also really need baths when necessary and those who work don’t need their nails trimmed as often as those that don’t work every day.

Australian Kelpies are energetic, intense dogs with ancestors from Britain and origins in Australia. Bred to be herding dogs for ranchers, Kelpies thoroughly enjoy having a job to do or just being active. With an impressive endurance and intelligence, Kelpies make great running or hiking partners and generally thrive in dog sports. But that stamina and energy means these dogs don’t do well left alone for long periods of time and can get destructive and difficult if bored or not properly trained. Ultimately, if you want a loyal running partner, a dog to do fun sports with, or need help on the farm, an Australian Kelpie may just be the dog for you!