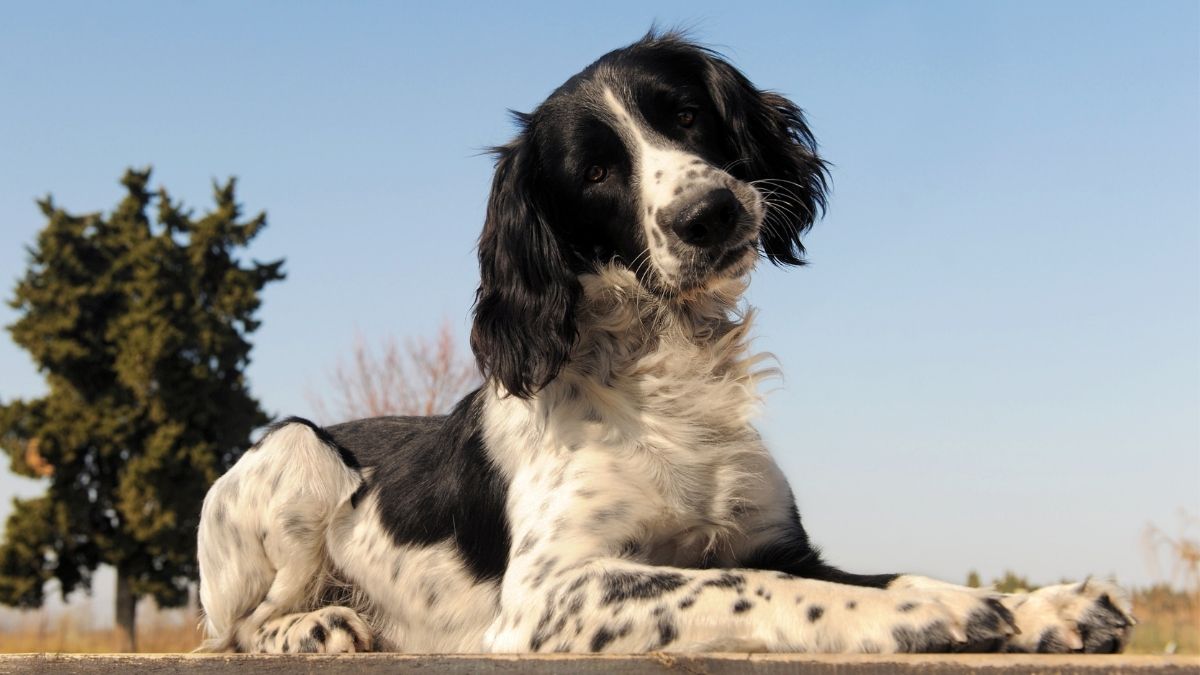 As two of the 15 different spaniel breeds that the American Kennel Club recognizes, the Welsh and English Springer Spaniels may have similar names, builds, and looks. Welsh springers, also known as Welshies, are a bit smaller than their English counterparts and tend to have silkier, straighter coats. These two breeds have a long history in the British Isles as hunting companions; the ‘springer’ in their name refers to their ability to flush (also known as spring) game. Like the Novia Scotia Duck Tolling Retriever, these breeds were primarily used in bird hunting and they still have the impressive speed and endurance needed in that type of work.

Spaniels, as a group, are thought to be from Spain (thus, their name) centuries ago but there are several of these breeds, like the English and Welsh Springers, with a similar early history in the British Isles. The first work to describe springer spaniels was a book called Treatise of Englishe Dogs by John Caius that was published by 1576. This book was also the first to describe different British dog breeds! For Welshies, the exact origins are unknown but similar looking dogs have found in historical photos and prints.

While these two breeds have similar histories and look very similar, they are technically two separate breeds and there are plenty of differences. English springers are, in general, bigger than their Welsh counterparts and on average, will weigh 40-55 pounds and stand 18-21 inches tall. Welshies are smaller, weighing 35-45 pounds and standing 16-19 tall.

Their coats are also different, both in color and texture. Welshies have a silky, soft, straight coat that’s only red and white. English springers, on the other hand, have a more feathered coat that has more color combinations with black, liver (a deep reddish-brown) or blue with white.

There are two types of English springer spaniels, the bench and field. Bench English springers, also known as show-bred springers, tend to have a dark, medium length coat, a shorter, sometimes docked tail, and fewer freckles. These springer spaniels are prized for their good looks and showmanship. The field variety, on the other hand, have shorter, coarser coats with a more wiry look. The truly important things about the field variety are their sense of sense, hunting ability, and response to training. Bench springers can hunt but are slower and more methodical in field trails compared to field springers.

Bred to be hunting companions, both English Springers and Welshies tend to be ‘velcro’ dogs and develop very strong bonds with their people. While this bond can be very meaningful, it does mean these breeds are prone to separation anxiety and shouldn’t be left alone for hours on end. Because of this, springer spaniels do really well in families, where there are several people for the dog to spend time with! If you’re looking for a dog who can be left alone or you don’t like to be lovingly but somewhat annoyingly followed around everywhere, a springer spaniel will not be the dog for you.

Because Springers were bred to hunt birds, they can have a strong prey drive and tendency to wander, making training and exercise very important. They can also be impulsive and headstrong but thanks to their intelligence and eagerness to please, training can be a lot of fun with springers. Both types of springer spaniels will need plenty of exercise to burn off all the energy they have, which makes them great running or hiking companions. And no matter the type, these breeds generally do well in dog sports like agility and scent work!

Grooming is fairly easy with these spaniel breeds, even with their medium length double coats. Regular brushing can help them look their best while also preventing mats, which can be common when they’re losing their winter coats. Both breeds are moderate shedders but can develop mats around their ears and because of their low hanging ears, dirt and water can get trapped, ear care is important for these dogs. Other types of grooming, such as nail trims and teeth brushing, are also important.

While the English and Welsh Springer Spaniels look fairly alike, they are actually two separate breeds! Welshies are a bit smaller than the English springers and their coats are red and white while English springers have a few different coat colors. For the last couple centuries, both breeds have been used as hunting dogs and tend to develop strong bonds with their families. Sp if you’re looking for a medium sized, affectionate dog to go on runs and hikes with you, an English or Welsh Springer Spaniel might be for you!

0 comments on “Behind the Breed: Welsh and English Springer Spaniels”