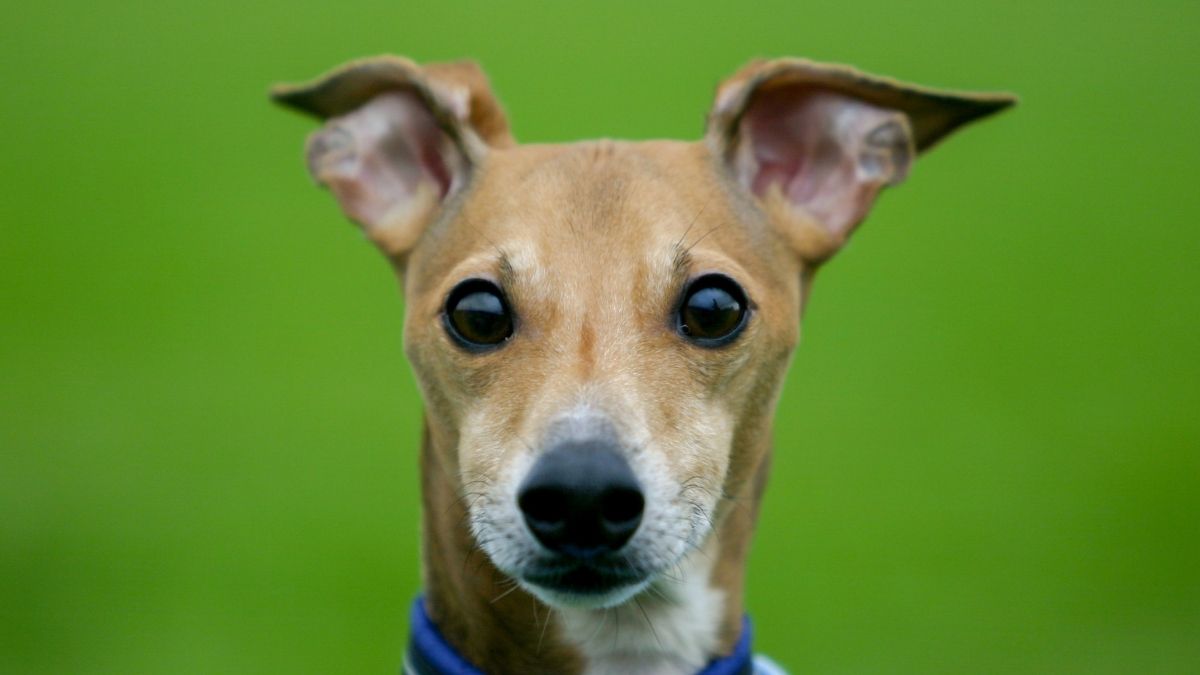 Greyhounds are an iconic breed known for their fast speeds and slender builds. But did you know there is another greyhound breed? The Italian Greyhound has similar qualities to the greyhound in a smaller package, including their contradictory need for speed and couch potato tendencies. This small breed belongs to the AKC Toy Group and often only stands 13-15 inches tall with a weight of 7-14 pounds. This breed is nicknamed ‘iggy’, which comes from the initial ‘IG’.

Evidence of dogs similar to Italian Greyhounds can be seen in art from roughly 2,000 years ago in areas around the Mediterranean. But unlike what their name suggests, the origins of this breed seem to be in what is now Greece, Turkey, and nearby areas. By the 16th century, Italian Greyhounds were brought to Europe and became popular with nobility and royalty, particularly in Italy. Some historical fans of the breed include James I, Catherine the Great, Anne of Denmark, Queen Victoria, and Mary, Queen of Scots.

Iggys were probably kept by many for companionship and small game hunting, as these dogs are very affectionate but also have a high prey drive and an ability to run quite fast. These dogs are also considered sighthounds, a type of dog that primarily relies on their sight and fast speed to hunt. With lean bodies, long legs, and flexible backs, sighthounds are able to run impressive speeds to keep prey in sight.

While Italian Greyhounds are goofy and playful, it’s important to keep an eye on them and to not roughhouse with them. Puppies of this breed are particularly fearless and unfortunately, broken bones are common in 4-12 month old Iggys. Their front legs are particularly more vulnerable, as they have long, slim legs and a strong desire to run and jump. And because they’re so small and have short coats, iggys also don’t do well in colder climates and will need winter apparel to help them keep warm if you do live in areas with cold winters. Jackets, boots, and scarves are all great items you can get for your Italian Greyhound and in addition to keeping them warm, these items also make iggys look cute as heck.

Italian Greyhounds have an average lifespan of 12-15 years and there are some general health concerns to keep an eye out for with this breed. Iggys are susceptible to periodontal diseases like gingivitis or the loss of tooth structures, making dental care particularly important. These dogs are also prone to allergies, cataracts, hypothyroidism, hip dysplasia, and patellar luxation.

While very small compared to other breeds, Italian Greyhounds do require plenty of care. Their short coats are easy to groom and they really only need the occasional bath and brushing. Italian Greyhounds need the same kind of regular care that other breeds do, like regular exercise, nail trims, dental care, vet visits, and nutritional food. Like greyhounds, this breed often has a need for speed and a high prey drive, which means keeping them on a leash except in fully fenced areas. If given the chance, plenty of iggys will take off after a small animal and because they can run up to 25 miles an hour, it can be very difficult to try and catch them again!

While iggys often have a great temperament, are fairly adaptable, and are generally good with strangers, children, and other dogs, training is still important. These dogs are fairly sensitive and difficult to housetrain, making positive reinforcement a must when it comes to training. Even with needing consistent training, Italian Greyhounds are often great dogs for novice dog owners because of their eagerness to please and affectionate and laid back nature. However, they can develop separation anxiety if left alone for too long, meaning these dogs aren’t for folks who work long hours or can’t take their iggy along on adventures.

Ultimately, Italian Greyhounds are incredible dogs. With their sleek frame and long legs, these dogs are able to run up to 25 miles an hour but can be prone to broken legs when young. They also can’t tolerate cold weather but accessories like warm dog jackets, booties, and dog onesies, it’s possible to keep them warm. With consistent training and exercise and a family who knows not to roughhouse them, an iggy can be a great addition to any home!