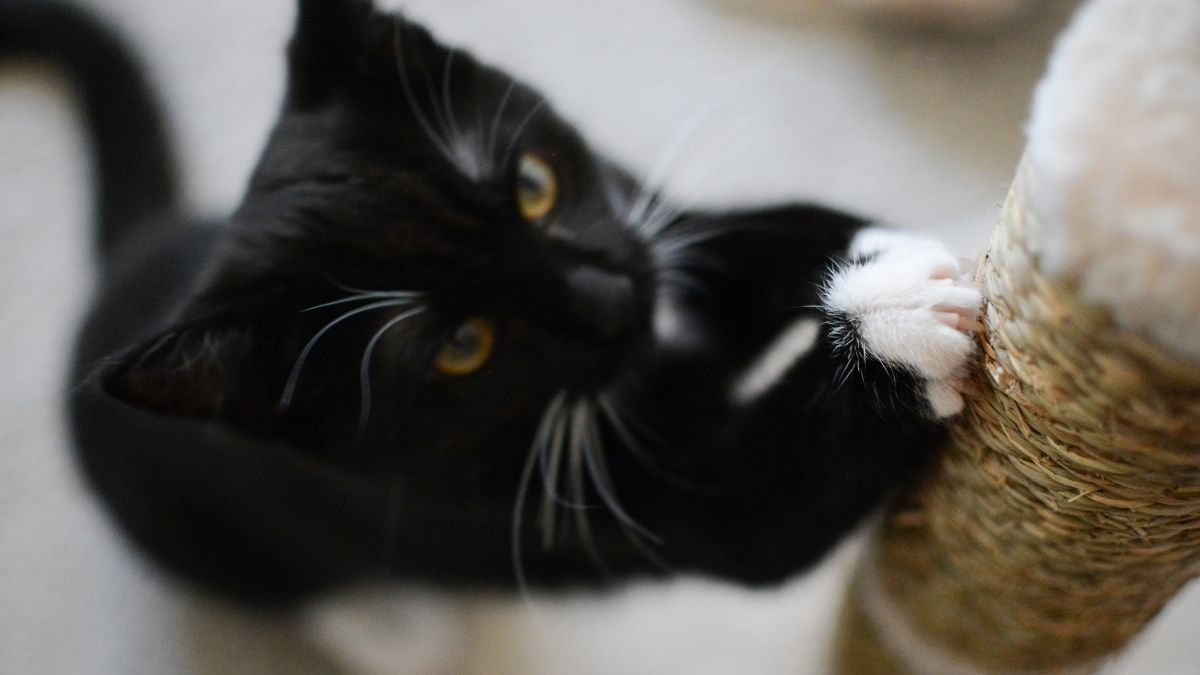 Anyone with a cat can tell you about how annoying and painful their claws can be at times. For some folks, the problem of their cats inappropriately scratching furniture, people, and other things gets to be such an issue that they decide to surgically declaw their cats. This procedure, officially known as an onychectomy, is a partial digital amputation and involves literally removing the last bone of each toe with a scalpel (or similar equipment). Doing this also removes a cat’s claws, which are attached to those bones, and is usually only done to a cat’s front paws when performed. An alternative surgery, called a tendonectomy, involves cutting the tendons under a cat’s toes which prevents them from extending their claws. These surgeries, when done simply as elective procedures, are considered by many to be unnecessary, cruel, and barbaric.

There are some situations in which an onychectomy is actually medically necessary. An injury, infection, or tumor on a cat’s paw are just a few examples of such a necessity, as they could all cause other, possibly fatal problems for a cat. Usually in those types of situations, the cat doesn’t lose most or all of its claws and attached bones but instead, just loses what’s absolutely necessary. In these situations, a cat will still need plenty of time to heal and will probably experience some pain but compared to letting a worse problem continue, an onychectomy on the affected claws and digits is the obvious decision.

But in most situations, declawing cats is painful, cruel, and absolutely unnecessary. Some cat owners decide to do an elective onychectomy to stop the unwanted behaviors of destroying furniture or even hurting someone. However, dealing with these problems by declawing is ineffective in dealing with the root behavioral issues and the surgery itself could lead to physical complications for a cat. Some vets have even used the phrase ‘post-declaw pain syndrome’ to describe what happens to cats after the procedure. An onychectomy can also cause emotional distress like depression, ongoing stress, and aggression in cats. Plus, by removing a cat’s claws, you also remove their most effective method of protecting themselves.

But there’s really no elective reason to go through with these surgeries. Declawing a cat simply to prevent them from scratching furniture or people actually punishes the cat for natural behaviors. It could also be ignoring the underlying issue behind any other behavioral issues. A cat could, for example, scratch or swat at a person or other animal for not respecting their boundaries or because they feel threatened. In those situations, the cat likely displayed other cues that they weren’t okay with what was happening, which is why understanding a cat’s body language is so important.

For cats, there are plenty of benefits to scratching furniture, rugs, carpet, and the like. In fact, doing so is a natural and instinctual behavior for them! Scratching helps cats to essentially “cut” their nails; through this activity, cats can lose the outer shell of their nails. That process and those outer shells are perfectly natural and healthy. It’s sort of like how snakes shed their skin! Plus, scratching helps cats mark their territory. Surprisingly, cats have scent glands in their paws and still have the instinctual need to mark their territory through scent and visual identifiers, even if they’re an indoor cat. Scratching can also be a stress relief mechanism and can help cats stretch. By scratching and stretching, cats can get increased blood flow to their muscles and an increase in flexibility and range of motion.

Elective onychectomy is opposed by many animal welfare and veterinary groups like the ASPCA, the American Animal Hospital Association, the Humane Society of the United States, and the American Association of Feline Practitioners. The American Veterinary Medical Association actively discourages elective declawing surgeries while respecting a veterinarian’s right to decide how to best protect an individual’s health and welfare. But like the other organizations, the AVMA does encourage non-surgical alternatives and there are plenty of vet practices with claw counseling programs to work with clients on understanding and implementing these alternatives. The American Association of Feline Practitioners has a great Claw Friendly Educational Toolkit for anyone interested.

One such alternative is, as mentioned, learning about a cat’s body language, the different ways they communicate how they’re feeling, and how to respect a cat’s boundaries. However, if you’ve got a good understanding of those things and a cat is still attacking or scratching you or others for seemingly no reason, it’ll be a good idea to talk with your veterinarian or even an animal behavioralist. Those working in veterinary medicine or applied animal behavior can likely help you figure out if there’s an underlying reason for the unprovoked scratching. These problems could include a neurological problem, pain, anxiety, or even just a learned behavior. If it’s simply a learned behavior, you can usually train a cat away from scratching your furniture (or you)!

The best way to allow your cat to scratch in ways that don’t destroy your furniture or result in others getting injured is to provide items meant for cats to scratch. There are plenty of cat towers, toys, and posts that also include some sort of material that’s perfect for cats to scratch. FurHaven Pet Products, a small pet-oriented business located in Bellingham, WA, has so many great scratching posts, towers, and toys for any cat! Many cats also love kneading blankets or cat beds so having comfy places for cats to both knead and nap on can also help. By providing something for cats to exclusively scratch and play with, you can hopefully encourage their natural behaviors without the destruction of other items!

Ultimately, it can be frustrating to deal with a pet who seems hellbent on destroying your furniture or injuring everyone around you. But for cats, their claws are important for so many reasons and removing them can cause physical and emotional problems. Instead, there are so many alternatives to declawing, like respecting a cat’s boundaries and providing dedicated items for them to scratch. These alternatives allow cats to continue behaving in a natural and instinctual way without causing mass destruction or injury.