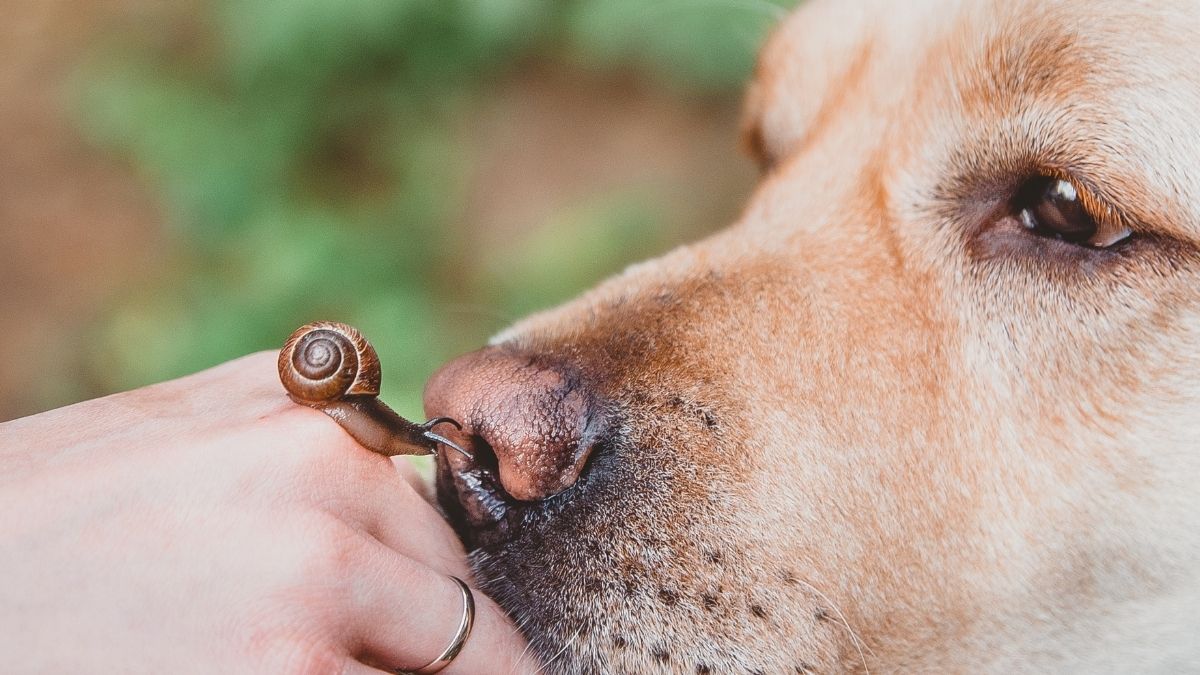 Dogs are incredible animals. With a heightened sense of smell and millennia of artificial selection, there are so many jobs that dogs can do and one important one is as a conservation canine. This work involves dogs being trained to detect organic and inorganic materials to eventually help protect endangered species. Conservation dogs often use their sense of smell to detect the scat of different endangered species, which is then collected for scientists. While many would consider this very gross, scat can actually help scientists better understand animals and can get a better picture of an individual’s diet and health through scat analysis.

Conservation canine work depends on an array of fields, from animal behavior sciences, wildlife management, ecological monitoring, veterinary medicine, and forensics. In this field, dogs can work in three main categories: Endangered Species Detection, Invasive Species Detection, and Disease Detection. Endangered species detection involves searching for live animals or their scat and species being tracked include bears, owls, wolves, turtles, and even whales! In certain circles, Eba might be one of the more well-known conservation dogs and she works with her marine biologist owner to detect and locate whale feces in the Salish Sea. You can actually hear Eba’s owner, Dr. Deborah Giles, speak about her work with Eba in the Seattle Aquarium’s Orca Lightning Talk. Training a dog to go into this work does take time but it turns out that this type of scat sampling is far less biased, expensive, and invasive than other more traditional forms of wildlife monitoring.

Training for this work uses animal behavior science to positively reinforce a dog’s natural behavior that works in the ways needed for being in the field. Given the right temperament and by relying on a dog’s keen nose and desire to do a job, a handler can train a dog to work as a conservation canine and some dogs can even be trained to give different signals for different triggers. However, in order for a dog to be right for this job, they do need to have plenty of energy, high motivation, and a low “kill” drive, as conservation dogs need to spend hours looking for the right scents without also killing the very species they’re helping study.

Organizations like Working Dogs for Conservation and Rescues 2 the Rescue work on finding and training dogs for conservation work but both warn that like with service and assistance dogs, not every dog is suited for work as a conservation canine and there are some dogs that end up being “career changed”*. Many conservation canine organizations do try and use rescue dogs in their work, something that does help high-energy dogs in shelters find a way to use that energy!

For at least 15,000 years, dogs have been by our sides and have played a key role in everyday life for humans. And nowadays, conservation dogs play an important role in the scientific study of endangered flora and fauna. By detecting scat and other things, conservation canines can help provide scientists with resources to test and better understand animal and plant populations that are elusive or otherwise difficult to regularly access. Ultimately, this work gives some dogs a job and way to channel their energy and skills into great work.

*”Career changed”, as a term, seems like a bad thing, as if the dog somehow failed. But in these fields, there is a high standard for the dogs and a number of reasons why a dog might not be right. Dogs that are career-changed usually end up adopted by regular people and live the best life!

0 comments on “Conservation Dogs: How Dogs Use Their Sense of Smell to Help Endangered Species”