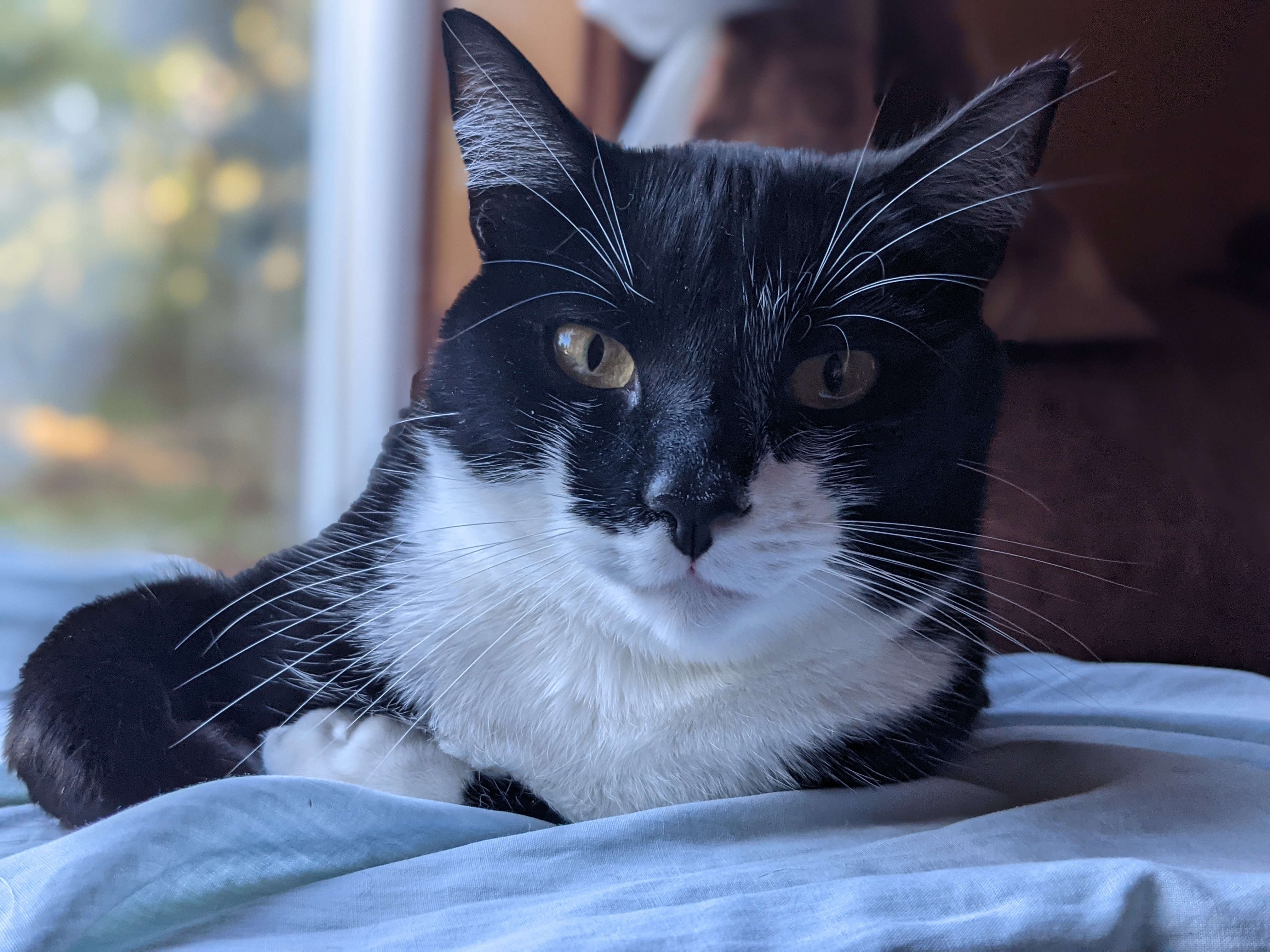 Throughout history, humans have domesticated many different plant and animal species for a variety of different reasons. Cotton has been used for fabric (like clothing and rugs) and rope; wheat, lentils, rice, and potatoes are some of the first domesticated plants used for food; flowers of all kinds have long been used in food, ceremonies, and as decorations. With animals, the reasoning behind domestication depends on the species. Cows, goats, and sheep were domesticated for food and clothing (wool, leather); dogs helped hunt and eventually helped in many other ways; cats, however, sort of domesticated themselves and had a commensal relationship with humans for a long time.

Domestic cats have been our friends for thousands of years, with the oldest known evidence of taming cats dating back to 7,500-7,000 BCE in Cyprus. Although all domestic cats have a common ancestor in the North African/Southwest Asian wildcat (Felis silvestris lybica), the actual domestication of cats wasn’t a simple process but one that actually happened twice. Scientists have studied the DNA of ancient cats from all over the world and found that cat domestication began in the Fertile Crescent during the Neolithic Period but it accelerated later in Egypt during the Classical period.

It wasn’t until genetic testing over the last 20 or so years that really pushed back the date of cat domestication, as experts used to traditionally think that ancient Egyptians were the first to domesticate felines as early as 6,000 years ago to as late as 3,600 years ago. While experts and scientists still link ancient Egyptians with the acceleration of cat domestication, it’s now thought that people in the Middle East kept pet cats long before Egyptians did. The 9,500-year-old burial site on the Mediterranean island of Cyprus that included human and cat remains was an important find for scientists in this regard.

Dogs were long man’s best friend before cats were domesticated, as it wasn’t until humans started to settle down and farm that cats became useful (to humans!). By settling down and farming the land, humans started needing to store surplus crops. But with that storage (particularly of grain) came rodents and other pests. That started what some have called “one of the more successful ‘biological experiments’…”, as cats sort of domesticated themselves. Our feline friends’ ancient ancestors were often thrilled by the sheer number of prey in storehouses and around farms while people were happy for the free pest control. In this way, cats became used to humans and eventually domesticated themselves over time.

Compared to other domestic species, cats are relatively new as human companions! Dogs, for example, have a long domestication history and relationship with people, with scientists estimating that they’ve been a part of our lives for 10,000-30,000 years. While new(ish) research does suggest that cats have been a part of our lives much longer than previously thought, these felines are still relatively new to domestication. While they have origins in the Middle East, Southwest Asia, and Northern Africa, domestic cats were able to travel the world on ships, as they were prized mousers that helped keep pest problems under control, particularly on ships.

While there are no major genetic differences between domestic and wild cats, one of the few visible traits in telling them apart was coat markings. The recessive allele that creates the blotched/striped coat of tabby cats started to appear in domestic cats around the Middle Ages and became commonly associated with them in the 18th century. Domestic and wild cats also differ in personality, as other genetic differences between domestic and wild cats include mediating aggressive behavior, forming memories, and controlling the ability to learn from either fear or reward based stimulation. Domestic cats are, by and large, less aggressive.

Nowadays, there are tens of millions of domestic cats within the United States and significantly more around the world. Many of our feline friends are still working cats and act as a natural pest control for farms and other industries but there are plenty that are just kept as indoor pets. For many people throughout history, cats have been an intergral part of daily life and have helped in many different ways.

0 comments on “The Domestication of Cats”