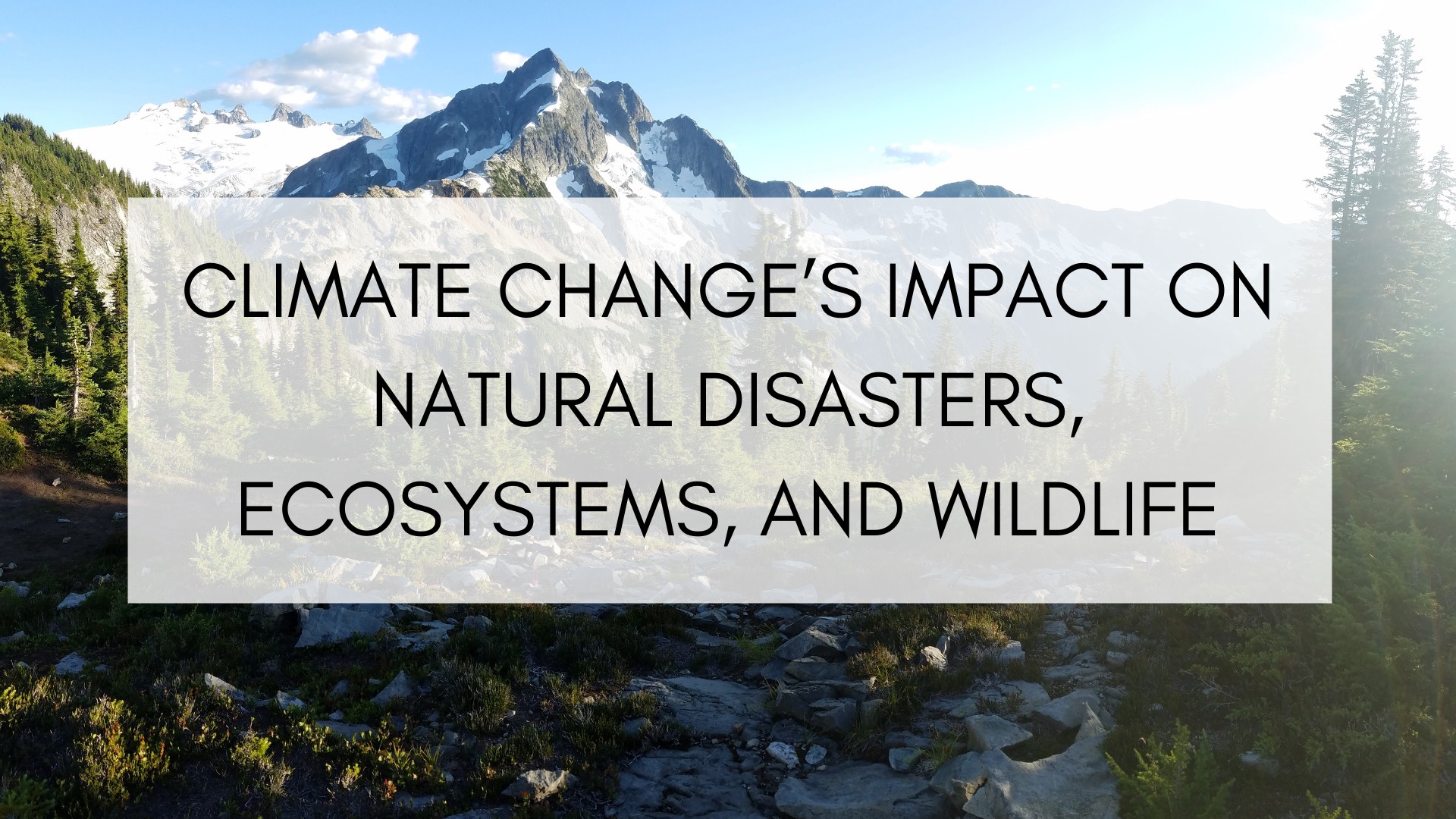 All around the world, the impacts of climate change are becoming more and more apparent, even here in the Pacific Northwest and the surrounding areas. The rising sea temperatures are essentially cooking some salmon in the Salish Sea before they can reproduce; high altitude deserts in Oregon and other pockets of the US have seen a 2-3°C increase in temperature between 1895 and 2018; Alaska is the fastest-warming state in the country; scientists say that wildfires in Alberta are linked to climate change too. This past July, for example, was the hottest on record and many have linked that rise in temperature to climate change.

According to some scientists, climate change and global warming will have an impact on the number and intensity of natural disasters and storms. As temperatures rise and the difference in temperature between the poles and equators decrease, the number of storms will decrease but the storms that do happen will be more intense and destructive and will also have significantly more rain. These intense storms and increased rainfall will have a huge impact on different areas, especially for urban areas that have limited space for the rain to eventually end up at. All of that results in more floods in urban areas hit by hurricanes and other storms.

Climate change and natural disasters have an incredible impact on humans, especially those at or below the poverty line. Hurricane Dorian devastated the Bahamas, with tens of thousands of people needing food and shelter on various islands and more than 3,000 feared dead. Puerto Rico was hit by two hurricanes in September of 2017 (Irma and Maria) and two years later, the island is still trying to recover while also facing more hurricanes like Dorian.

The destruction caused by natural disasters has a huge economic impact. A 2017 article from the National Geographic stated that between 2007-2017, natural disasters have cost the US $240 billion a year and that’s not including the recent increase in destructive natural disasters. Between the three major hurricanes and 76 wildfires on the west coast in 2017, there was an estimated $300 billion economic loss. For reference, $300 billion is enough to provide tuition to the 13.5 million students currently enrolled in public colleges and universities for all four years. If you need another reference, one billion seconds is equal to 31.69 years and 300 billion seconds is 9,507 years.

The Universal Ecological Fund (as known as the Fundacion Ecologica Universal FEU-US) is a nonprofit organization that uses and distributes analysis and information to work towards sustainable and equitable development. This nonprofit released a report titled ‘The Economic Case for Climate Action in the United States’ that lays out the economic losses from human-induced climate change and weather events.

While some species are able to quickly evolve and adapt to climate change, many other species aren’t quite as lucky. According to a recent UN report, one million plant and animal species are on the verge of extinction. While species often come and go, this rapid decline is unparalleled and accelerating. A group of emperor penguins in Antarctica has not produced any offspring for the last three years; wild reindeer have been officially declared extinct in the continental United States; the population of vaquita porpoises in the Gulf of California is nearing zero. Deforestation, climate change, fishing nets, and more have all played a part in these species’ rapid decline.

There are many other ways we can all contribute and fight back against climate change. That anxiety you might be feeling (the anxiety I know I’m feeling) can be a good thing because it might spur you into action. Here are some general things you can do to help: