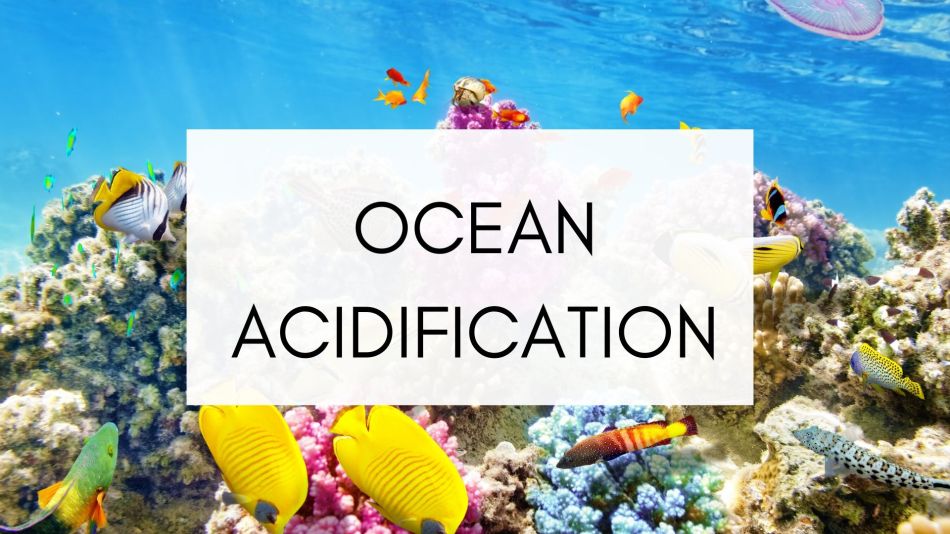 Climate change has affected so many different ecosystems around the world. Wildfires in California and Australia have been made so much worse because of drier conditions. Rising ocean temperatures are causing glaciers to melt and are cooking some salmon. The Great Pacific Garbage Patch is bigger than some countries and the number of plastics found in the oceans keeps growing. But another effect of climate change is the dramatic change in ocean acidity, which is, in part, a chemical imbalance in the ocean because of atmospheric carbon dioxide.

Ocean acidification is the reduction of pH in the oceans because of the carbon dioxide in the atmosphere, as the ocean absorbs around 30% of the carbon dioxide released into the atmosphere. At first, this seemed okay because it was believed that other chemicals from river runoff could offset the rise in carbon dioxide. However, too much carbon dioxide is currently being absorbed by the ocean and the natural buffering system isn’t able to keep up. Basically, climate change and the rise in carbon emissions and greenhouse gases are causing a chemical change and imbalance in the oceans that natural systems aren’t able to offset.

This issue is having immensely negative impacts on animals and plants in the ocean. Dungeness crab shells in the Pacific are starting to dissolve because of the acidity and many other species that rely on calcium are having issues. Grown fish are generally insensitive to changes in ocean chemistry but many eggs and larvae aren’t able to properly develop. Clownfish and damselfish, for example, have a worse sense of smell in more acidified conditions, which in turn leads to unintended riskier behavior and higher chances of death. Crab larvae are also affected and are more vulnerable to predators with the current change in ocean acidity.

Coral reefs and ocean ecosystems are also affected by ocean acidification, which in turn affects many marine species that rely on the reefs and ecosystems to survive. Coral reefs all over are already having trouble but the rise in carbon dioxide levels could mean they grow significantly slower. Dr. Ken Caldeira, an atmospheric scientist, is quoted in an Oceana article about the effect of ocean acidity and climate change on coral reefs, saying that “there is at least a reasonable expectation that if current carbon dioxide emission trends continue, corals will not survive this century.”

This is, unfortunately, just another example of climate change and human impact on the world. Renewable energy, reusable items, and a decrease in fast fashion are just some of the important changes we need to make in order to slow rising greenhouse gases. The fate of our lives and the future of humanity aren’t just on the line with this issue. Ecosystems on and off the land are at risk and biodiversity all around the world is in peril.

The exact things that make this planet so special are struggling to survive because of climate change and ocean acidification is only making things more difficult. Encourage elected officials to support renewable energy, clean water acts, the Endangered Species Act, and corporate accountability. Live by the phrase ‘Reduce, Reuse, Recycle’ as much as possible. There are so many ways we can make change and it’s beyond time to do so.

What ways are you fighting climate change? Let me know in the comments!